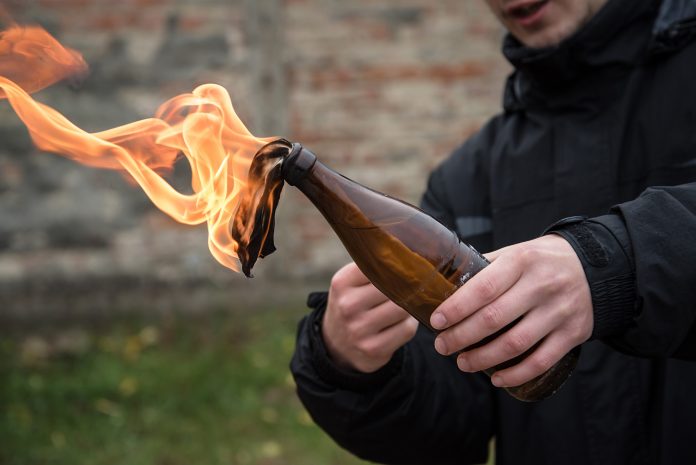 People coming to daven at a Chicago shul on SUnday morning were shocked to discover broken glass and charred rags strewn on the floor in what appears to have been an arson attempt on Kehillas Anshe Sholom B’nai Israel.

Chicago police confirmed that between 9 p.m. Saturday and 8:30 a.m. Sunday, someone tried to set a building in the 500 block of West Melrose aflame at two separate locations.

Three broken glass bottles with an unknown substance and charred black cloth towels were found outside, police said. No one was injured, and no buildings were damaged.

Late Sunday, police released surveillance footage of a suspect in the attempted arson. He was described as a light-skinned male wearing a hooded black jacket, black pants and black shoes and was carrying a black bag, according to a community alert issued by police.

Read more at The Chicago Tribune.