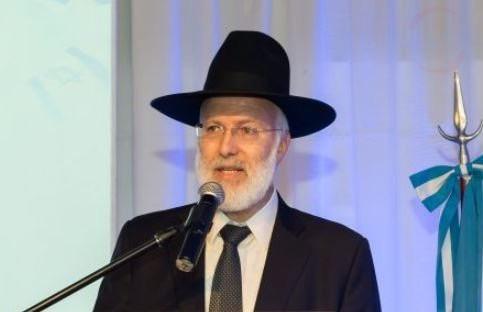 The Chief Rabbi of Argentina, Rabbi Gabriel Davidovich, was severely beaten at his Buenos Aires home in the early hours of Monday morning, and has been hospitalized with “serious injuries” according to the capital’s Jewish Community Center (AMIA).

AMIA issued a statement on Monday saying that Davidovich, Argentina’s chief rabbi since 2013, was “beaten and savagely attacked by a group of strangers who entered his house,” at 2 o’clock in the morning.

Davidovich’s wife was tied up during the break-in and the assailants stole money and other possessions from the home, while telling him: “We know that you are the AMIA Rabbi,” according to AMIA’s statement.

The rabbi reportedly suffered serious injuries in the attack and remains hospitalized. Police are still investigating the heinous crime.