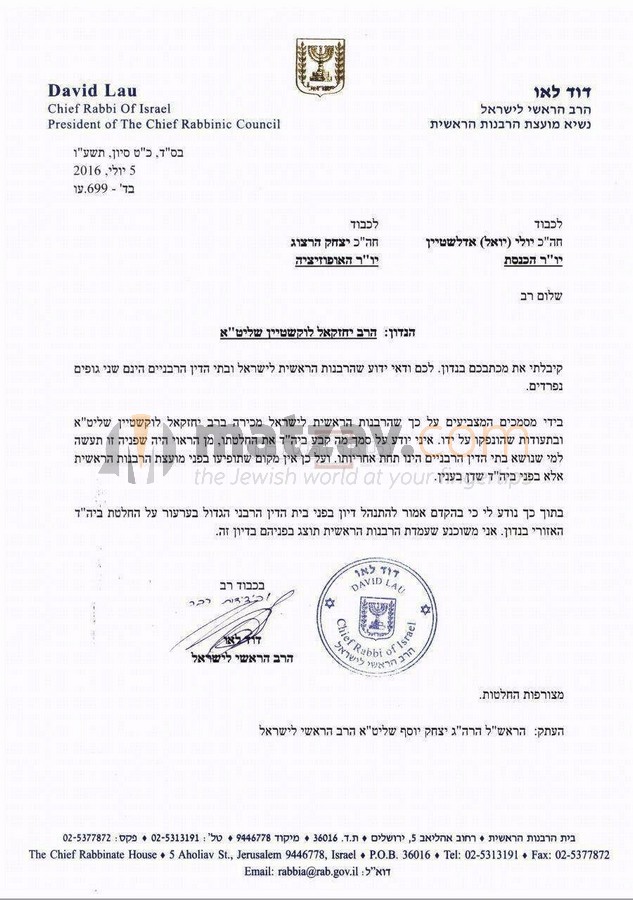 In a recently released letter, Israeli Ashkenazi Chief Rabbi Rav Dovid Lau says that, in his opinion, the geirus of Ivanka Trump performed by Rabbi Haskel Lookstein should be recognized in Israel.

The letter follows a tumult that erupted over a decision by the Rabbinical Court in Israel that Rabbi Lookstein’s geirus are not to be recognized in Israel.

This, then, would have meant that Ivanka Trump, daughter of Republican presidential candidate Donald Trump, would not be recognized in Israel.

Knesset speaker Yuli Edelstein and MK Yitzchok Herzog reached out to Rav Lau to look into the matter. Rav Lau says that while he can’t override anything that the Rabbinical Court of Israel says, he feels that the geirus is legitimate.