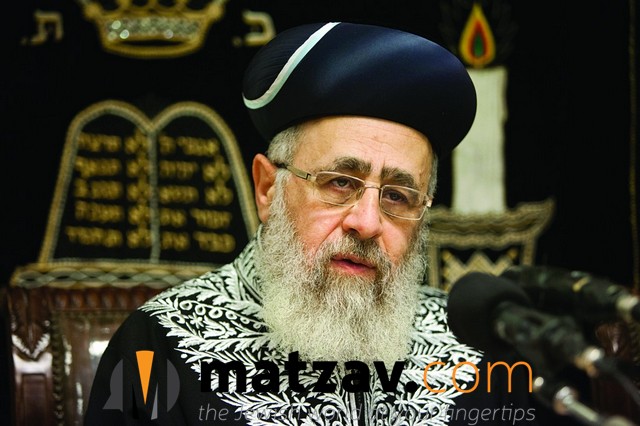 Speaking before representatives of Iran, Saudi Arabia and Pakistan in Rav Yosef’s name, Kook cited Rashi‘s comments on the posuk, “I will put peace on the land” (Vayikra 26:6), that without peace all other blessings are worthless. He also noted that religious terrorism is the most dangerous of all terrorism, for while a regular terrorist may eventually regret his actions, the religious terrorist feels he is fulfilling a religious command and never regrets his crimes. Kook also pointed out that in contrast to extreme Islam, Judaism never forces anyone to convert.

Kook also spoke to Iranian conservative politician Mohammad-Hassan Aboutorabi Fard who claimed in the course of the conversation that “Iran has the highest level of security and we are seekers of peace.”

To this Kook answered, “It is necessary to move from words to deeds.”

The conference’s concluding statements were platitudes, condemnations and calls for action lacking comprehensive planning or financial backing. The concluding statement emphasized the need “for efforts to eliminate the root causes of terrorism, including poverty, hunger, unemployment, instability and conflicts,” but omitted to mention that Islam extremism is fomented by the Islamic world’s wealthiest and brightest. On the bright side, the conference did not blame Israel for world terrorism.