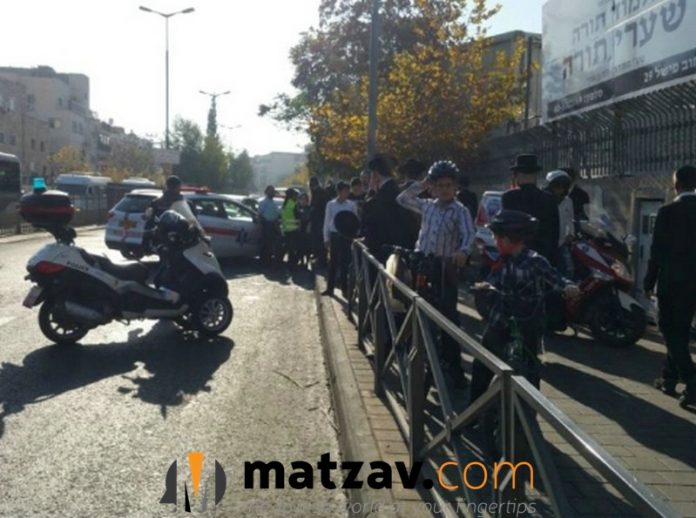 A seven-year-old boy was critically injured this morning on Rechov Bar Ilan in Yerushalayim when he was hit by a passing vehicle.

The accident this morning happened at about 8:30 a.m. when the boy was crossing the street on the way to school and was struck by a car. Emergency personnel treated him at the scene. He suffering head trauma. An ambulance took him to Hadassah Ein Kerem Hospital.

The accident occurred after a four year old boy was injured in an accident last night in the city of Tzefas. The toddler was walking in the street in Tzefas, holding his mother’s hand, with her other hand pushing a baby carriage. According to the mother, the boy suddenly let go of his mother’s hand, jumped into the street, and was hit by a passing vehicle and thrown a few meters. The boy was taken to Ziv Medical Center with injuries to his head and body in fair condition.