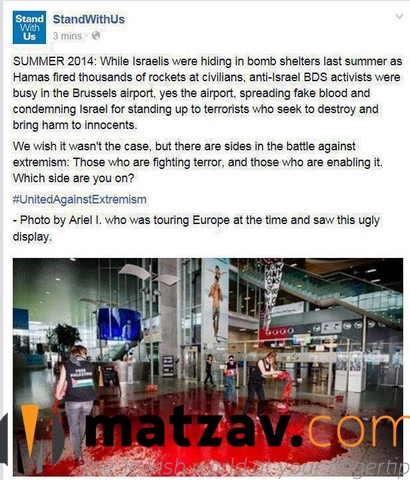 In 2014, while Israelis were hiding in bomb shelters as Hamas fired thousands of rockets at civilians, anti-Israel BDS activists were busy at the Liège Airport in Brussels, spreading fake blood and condemning Israel for standing up to terrorists who seek to destroy and bring harm to innocents.