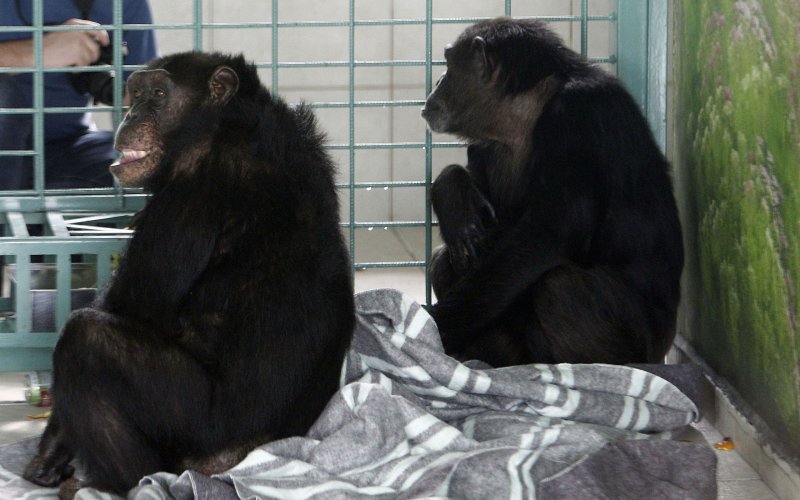 Chimpanzees are not legal persons who have a right to be free, a New York state appeals said in a ruling Thursday that denied a request to move two captive apes to a sanctuary.

The unanimous decision was another setback for the Nonhuman Rights Project, a group that for several years has sought to persuade New York courts to grant writs of habeas corpus to chimpanzees. A court that agreed would be allowing the animals to challenge the legality of their “detention” – like human prisoners can do – and would also be acknowledging that the apes are not things but rather are legal persons entitled to bodily liberty.

Previous courts that have ruled against the project have determined that chimpanzees could not be granted legal rights because they’re unable to bear “legal responsibilities and societal duties.” Wise argued that is incorrect, and he cited as examples infants or comatose people who possess rights despite an inability to assume legal responsibilities. To bolster that argument, the project’s expert affidavits also explained how chimps can have rights and responsibilities within peer groups and in settings with humans.

But the appeals court was unpersuaded by Wise or the affidavits.

“The asserted cognitive and linguistic capabilities of chimpanzees do not translate to a chimpanzee’s capacity or ability, like humans, to bear legal duties, or to be held legally accountable for their actions,” Justice Troy Webber wrote for the Appellate Division in Manhattan. Referring to babies and people in comas, Webber wrote, “This argument ignores the fact that these are still human beings, members of the human community.”

The Nonhuman Rights Project said in a statement that it was reviewing the decision, but it made clear that it would continue in its quest.

“For 2,000 years, all nonhuman animals have been legal things who lack the capacity for any legal rights. This is not going to change without a struggle,” Wise said. “Public opinion has begun to tilt in our favor since we started filing these lawsuits, likely as a result of them.”