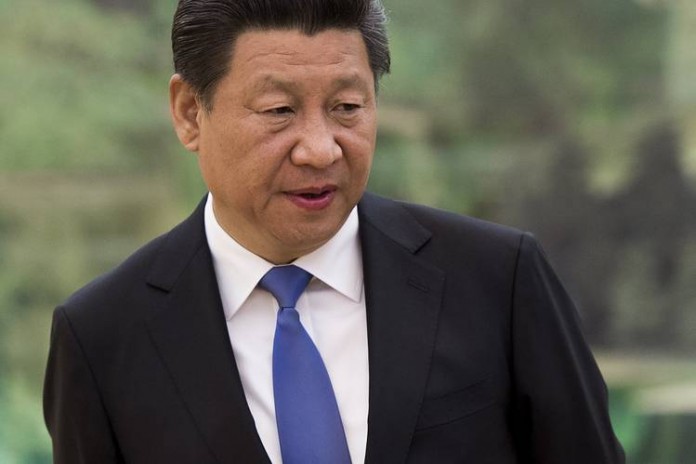 A North Korean delegation will attend a large multilateral economic summit in Beijing next week, China’s foreign ministry announced Tuesday, underlining its reluctance to join American efforts to isolate the regime in Pyongyang.

President Donald Trump has set great store in China’s ability to help persuade North Korea to abandon its nuclear weapons program. But although China says it has suspended coal imports from its neighbor, trade between the two nations has remained healthy.

On Sunday and Monday, leaders from 28 nations will attend a major event in Beijing – a forum on China’s ambitious development project known as the Belt and Road — meant to expand links between Asia, Europe and Africa and channel billions of dollars into infrastructure investment.

“According to what I understand, the North Korean side will send an official delegation to relevant events at the Belt and Road Forum for International Cooperation that will shortly be taking place,” Chinese foreign ministry spokesman Geng Shuang said during a daily news conference. “China is open-minded. Any like-minded country, as long as you are interested, can participate in this initiative.”

Ely Ratner, who served as deputy national security adviser to Vice President Joe Biden, seized on the announcement as evidence that Trump was placing too much confidence in the Chinese leadership.

“Beijing publicly taking foot off gas on pressuring North Korea. Is this what Trump means when says Xi is ‘doing an amazing job as a leader’?”

China’s relations with North Korea have deteriorated sharply of late, but Beijing has repeatedly urged the United States and North Korea to refrain from provoking each other and instead return to the negotiating table.

While it shares the American goal of persuading Pyongyang to give up its nuclear weapons program, China disagrees on tactics, believing that isolating North Korea economically and diplomatically will only force the regime into a corner.

“China is willing to continue to maintain contact with the parties concerned, do all the work, to promote the peninsula nuclear issue back through dialogue and consultation, and to make efforts to resolve the issue in a peaceful way to the correct track,” Geng said Tuesday.

Similarly, the Chinese ambassador to the United States, wrote in USA Today this week that putting too much pressure on North Korea could backfire.

“The pressure, economic and military, on the DPRK continues to build up. Yet how much is sufficient without triggering a humanitarian crisis or pushing Pyongyang into desperation? Another Iraq, Libya or Syria in Northeast Asia is a nightmare for all. Sanctioning alone will not work. Pressure must be coupled with direct talks with the DPRK,” Cui Tiankai wrote.

The U.S. policy of trying to isolate and pressure the North Korean regime could face another tough challenge as South Korea looks set to elect a new president, Moon Jae-in, who favors engagement with his northern neighbor.