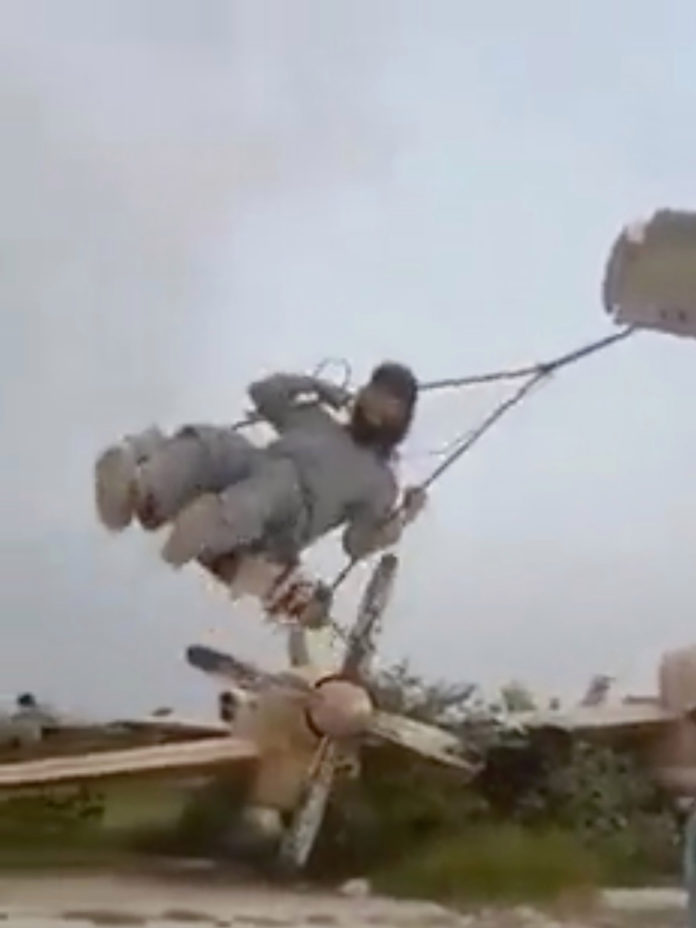 “The graveyard of EMPIRES and their WAR MACHINES. Talibans have turned their planes into swings and toys,” Zhao tweeted alongside the video.

It wasn’t immediately clear where the footage was taken, or if it was filmed after US troops withdrew from Afghanistan.

The video shows what appears to be a group of Taliban fighters turning the wing of a military plane into a makeshift swing.