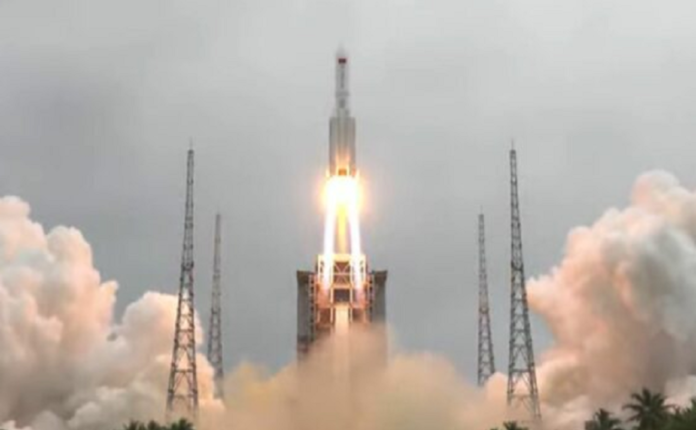 Most debris from a large Chinese rocket expected to plunge back through the atmosphere this weekend will be burned up on reentry and is highly unlikely to cause any harm, Chinese foreign ministry spokesman Wang Wenbin said on Friday. The Long March 5B rocket blasted off from China’s Hainan island on April 29, carrying the unmanned Tianhe module, which contains what will become living quarters on a permanent Chinese space station.

The location of the rocket’s descent into Earth’s atmosphere as it falls back from space “cannot be pinpointed until within hours of its reentry,” which is projected to occur around May 8, U.S. Space Command said this week.

Speaking in Beijing, Foreign Ministry spokesman Wang Wenbin said China was closely following the rocket’s reentry into the atmosphere, and that most of its components would be burned up upon re-entry.