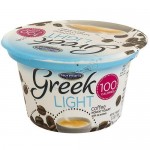 The Cholov Yisroel market, once a tiny segment of the kosher market, continues to surge with sales more than doubling in just the last five years, according to Lubicom Marketing, the pre-eminent marketing firm for the kosher market and founders and co-producers of Kosherfest, the kosher industry’s major annual trade show. “It took the kosher market a few years to catch up to the general dairy market with such products as Greek Yogurt but once they did, they made enormous strides in just a few years,” said Menachem Lubinsky, CEO of Lubicom.

While the new products have driven sales, demographics and product innovation have been largely responsible for the surge. The number of Orthodox Jews who eat Cholov Yisroel has grown tremendously in the past five years. Enrollment in Orthodox schools has grown by 25% in the past decade, which explains one of the reasons for the increased demand.

A good example of the innovative products that were launched in recent years is Greek Yogurt which took the nation by storm but for several years was not available to those who eat Cholov Yisroel until Norman’s Dairy, based in Rutherford, NJ launched a full line of Greek Yogurt products in October 2012. It handily won the Best New Dairy Product at Kosherfest 2012. A year later, the company introduced 100-calorie lite yogurt products, giving an increasingly health conscious market the perfect blend of the required nutrition and yet keeping the calories down. Nutritionists say that 100 calories is the “perfect blend” for the healthy Greek Yogurt.

The taste of the new products not only favorably competed with the popular non-Cholov Yisroel products on the market, but in many cases even surpassed it, leading many kosher consumers to switch to the Cholov Yisroel products even in markets that do not have significant numbers of Cholov Yisroel customers. With its reputation for quality on the rise, Norman’s continued to introduce many new items, including its new Taste line of non-fat (no-artificial ingredients or flavoring) which was launched last month.

Veteran rabbis recalled the days when rabbis would routinely permit Orthodox Jews to consume non-Cholov Yisroel products because of the dearth of such products. Even Cholov Yisroel milk was scarce and in many smaller Orthodox communities, rabbis would make provisions for a special milking. Gradually, the milk became widely available and so did many other products. The Greek Yogurt is a particularly welcome addition as it offers a healthy rich-in-protein product as a breakfast staple or at any other time of the day. Customers have been showering accolades on the new products with letters and other communications.

The good news for consumers is that the recent spate of innovative Cholov Yisroel dairy products is only the beginning of what is expected to be an ongoing process of new product introductions. Companies like Norman’s have a highly professional research and development team that are constantly involved in new product development.