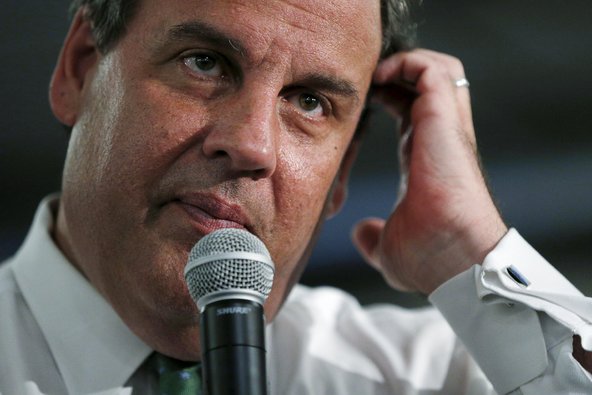 New Jersey Gov. Chris Christie, R, said today that the Trump administration needs to be more mindful of “perception” and urged GOP lawmakers not to shy away from holding town hall events, though they might be confronted by protesters.

“I understand why members of Congress don’t like it,” he said of the town halls. “But you know what? You asked for the job. Go do it.”

Christie has long been a fan of the town hall format, having held more than 160 by his own count during his governorship. His confrontations with protesters, particularly those affiliated with public-sector unions, helped him burnish his image as a plain-talking, no-nonsense politician. For many other officeholders from both parties, however, town hall events have generated unflattering viral videos of tense confrontations.

Christie said Sunday on CNN’s “State of the Union” that Republican members of Congress ought to follow his lead even as activists mobilize to confront them publicly over GOP plans to repeal the Affordable Care Act.

“Welcome to the real world of responsibility,” Christie said. “The fact is that, right now, the heat is on the Republicans. It’s on us. . . . We now have two-thirds of the statehouses in America. We have the House. We have the Senate. We have the White House. It’s now on us to produce results. And one of the things that we need to do is engage with the public.

“Now, we understand that a lot of these protesters are professional protesters, people with an agenda,” he continued. “But you got to work through that. And you got to stand up, let them yell themselves out. In New Jersey, if I walked away from every town hall where I got yelled at, I would have never done one.”

Christie also addressed reports that White House chief of staff Reince Priebus had asked a top FBI official to dispute reports about the bureau’s investigation into alleged links between Trump’s campaign and Russia. Christie, a former U.S. attorney who served as a top Trump campaign adviser and ran Trump’s transition efforts before the election, said Priebus and other administration officials need to be more careful about their contacts with investigators.

The FBI official in question, Deputy Director Andrew McCabe, should never have approached Priebus, Christie said, and Priebus should have referred any FBI contact to the White House counsel “out of an abundance of caution.”

“I don’t think that Reince thought he was doing anything wrong, I really don’t,” the governor said. “And I have absolute confidence in his integrity. But you need to have the sensibility of a prosecutor when you’re dealing with these issues, because perception matters.”

During the campaign, Trump and other Republicans vilified Democratic presidential nominee Hillary Clinton after her husband, former President Bill Clinton, visited with Attorney General Loretta E. Lynch on an airport tarmac at a time when the Justice Department was probing Hillary Clinton’s use of a private email server during her tenure as secretary of state. Both Bill Clinton and Lynch said the investigation was not discussed, but the perception of potential influence fueled months of political attacks.

Christie said Sunday that “sensibilities need to be tightened a little bit at the White House.”

“Remember, these are all people who have never been in government before,” he said. “And so they’re going to need to learn these things. And I don’t think you get the learning curve just by winning the election. You develop experiences over time which tell you that.

“I can guarantee you this: I don’t think the chief of staff will ever have that kind of conversation with the FBI, with an FBI personnel again, nor should he,” Christie continued. “But, again, Reince Priebus has great integrity. I don’t think he did anything wrong. But I do think that it’s something that perception matters, and we got to try it differently.”