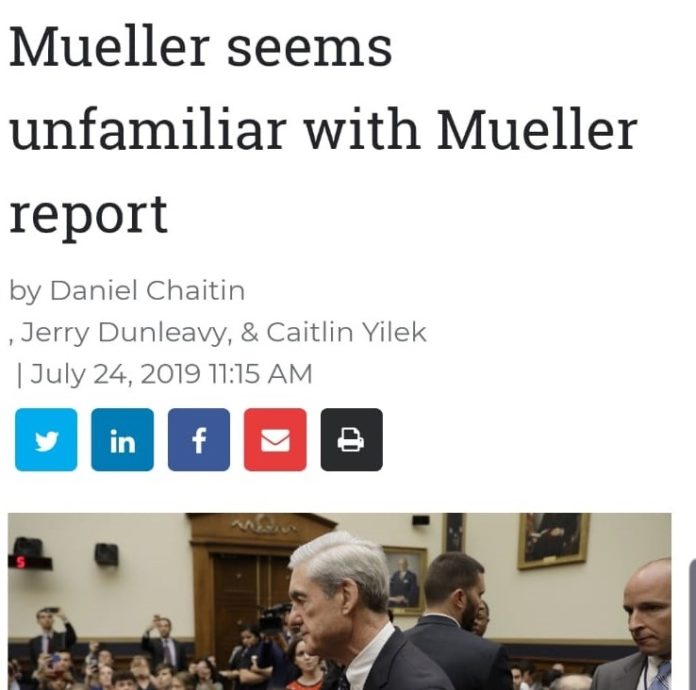 Fox News host Chris Wallace called the first hour and half of special counsel Robert Mueller’s testimony a “disaster for the Democrats” who called on him to testify.

Mueller is appearing before two congressional committees on Wednesday to testify about his investigation into and his report on Russian influence in the 2016 election and whether or not the Trump campaign colluded with Russian agents.

“I think this has been a disaster for the Democrats, and I think it has been a disaster for the reputation of Robert Mueller,” Wallace gave his reaction to the hearing so far. “He has seemed very uncertain with his brief. He doesn’t seem to know things that are in the report. He has been attacked a number of times, and you would think that almost anybody else would have defended his own integrity and the integrity of the investigation.”

Mueller largely kept his answers short and indirect Wednesday morning, often referring lawmakers to the report in response to questions or saying that questions fall outside the purview of his investigation.

“I think it does raise questions about the degree to which he was actually in charge and in control of this report because he doesn’t seem very much in control or in charge of what [the report says],” Wallace said.