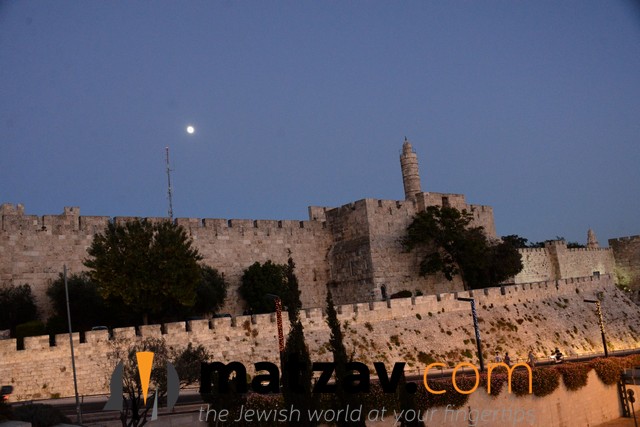 Ahead of President Donald Trump’s Israel visit, top Christian Zionist organizations and leaders are calling on the president to fulfill his election campaign promise to relocate the U.S. embassy from Tel Aviv to Jerusalem, despite reports that Trump is unlikely to make the move in the near future.

Pastor John Hagee, founder and chairman of Christians United for Israel, wrote in a letter published in the Washington Times that Trump’s promise to move the embassy had been “vital to securing the support of millions of Christian Zionists around the country” for the GOP candidate.

Hagee also noted Trump will soon need to decide whether to postpone the embassy’s transfer to Jerusalem by at least half a year.

“Like [former President Harry] Truman, Mr. Trump must contend with well-entrenched anti-Israel bureaucrats at the State Department who will try to use their positions to make moving the embassy difficult. But the buck does not stop with bureaucrats,” he wrote.

Hagee added, “The Jewish state has the right to determine where it would place its capital, and it has chosen Jerusalem. The international community’s decision to cower before Israel’s enemies by keeping embassies in Tel Aviv is disgraceful.”

In 1995, Congress passed the Jerusalem Embassy Act, which calls on the U.S. to move the embassy to Jerusalem and recognize the city as Israel’s capital. But every sitting president since then has opted to sign successive six-month waivers delaying the move. Most recently, former President Barack Obama signed the waiver in December. Trump has a June 1 deadline to choose between another waiver or an embassy move.

Other prominent evangelical Christian leaders added their voices to press Trump on relocating the embassy. Approximately 60 Christian leaders, whose organizations represent a total of 60 million Christians across America, signed a letter on the embassy issue delivered to Trump May 16, according to the Liberty Counsel, a nonprofit litigation, education and policy group “dedicated to advancing religious freedom.”

In the letter, the Christian leaders cited the Jerusalem Embassy Act, stating that “the time has come, at long last, to uphold American law by moving the U.S. embassy to Israel’s eternal indivisible capital city of Jerusalem.”

The letter also pointed to the Republican National Convention’s 2016 party platform, which recognized Jerusalem “as the eternal and indivisible capital of the Jewish state” and warned Trump, then the GOP nominee, that “many of our constituents cast their vote for you due to this commitment.”

Mat Staver, founder and chairman of the Liberty Counsel, told JNS.org he believes Trump is receiving pressure to nix the embassy move from “some Muslim nations, some establishment people in the State Department, and even no doubt from some people in his own party and in Israel.”

With Trump scheduled to visit Israel May 22-23 ahead of Israel’s Jerusalem Day, which this year marks the 50th anniversary of Jerusalem’s reunification, some have speculated he will make the embassy announcement during his trip. The International Christian Embassy in Jerusalem (ICEJ) echoed this sentiment in a strategy paper it delivered to Trump and U.S. Ambassador to Israel David Friedman.

“The United States should announce its firm decision to officially recognize Jerusalem as Israel’s capital and to move its embassy there in the weeks before Israel marks the 50th anniversary of a reunited Jerusalem,” the ICEJ paper stated.

The reunification anniversary is “the right time for the U.S. to correct this historic injustice by leading the nations back up to Jerusalem,” said Susan Michael, director of ICEJ’s U.S. branch.

Yet Secretary of State Rex Tillerson, in an interview with NBC’s “Meet the Press” May 14, said Trump “is being very careful to understand how such a decision would impact the peace process.” Drawing a contrast with Tillerson and breaking rank with the White House, U.S. Ambassador to the United Nations Nikki Haley said May 17 that Israel’s capital city “should be Jerusalem” and “the [U.S.] embassy should be moved to Jerusalem.”

In recent days, U.S. officials have tamped down expectations of an embassy move, reportedly emphasizing to their Israeli counterparts that Trump remains committed to relocating the embassy by the end of his first term, even if he decides next month to extend the presidential order freezing the implementation of the move.

The Liberty Counsel’s Staver said his organization will hold Trump accountable if the president fails to follow through on his pledge.

“If he does not keep his promise,” said Staver, “it will be a sign of weakness to the enemies of Israel and will embolden them against Israel.”