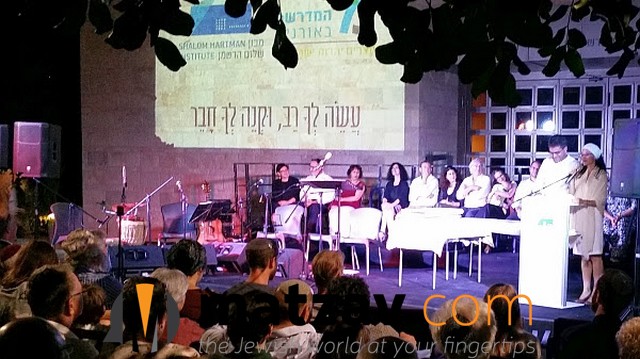 For the first time in Israel, a rabbinate comprising “a diverse, multi-denominational group of religious and secular men and women” has been ordained, receiving semichah in violation of the p’sak of all gedolim of this and previous generations.

The Beit Midrash for Israeli Rabbis, a project of the Shalom Hartman Institute and HaMidrasha at Oranim, ordained its first cohort of 16 rabbis at a gala ceremony and celebration at the Hartman Institute in Yerushalayim.

The Beit Midrash for Israeli Rabbis is “an egalitarian program for training pluralistic Israeli spiritual community leaders, whose inclusive vision will catalyze a process of spiritual rejuvenation for the Israeli public sphere and its emerging Jewish communities.”

The program offers the following info about its “semichah”:

“For two years, program participants have been studying classic and contemporary texts in an effort to develop a new, meta-denominational language of Jewish identity that draws from Israel’s diverse and rich culture and heritage.

“The curriculum addressed some of the most compelling challenges facing Israeli society, including sacred time (Shabbat, holidays, and lifecycle ceremonies), God and theology, family, mitzvah, halakhah and law, and personal, community, and national morals.

“Many of the graduates already hold leadership positions and have been serving Jewish communities and organizations in Israel for years and are known to thousands who share the program’s expansive vision. They comprise a diverse group of men and women, Orthodox, Conservative, Reform, secular, and unaffiliated. They include Israeli natives from cities, settlements, and kibbutzim across the country, and immigrants from North America, the former Soviet Union, and Ethiopia.” 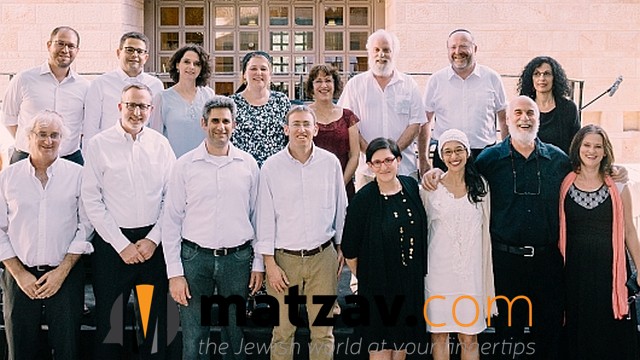 Rabbi Dr. Donniel Hartman, President of the Hartman Institute, said the program’s task is to “offer a new, maximalist vision of Judaism that will compete for the future of Israel and which will help transform all of Jewish Israel from spectators to players.”

He added, “We want to expand the scope of religious possibilities to which individuals are exposed, and to reshape the public sphere, so that it reflects and respects the profound religious diversity of our people both in Israel and around the world,” Rabbi Hartman said. “To bring this Judaism alive, we need new Jewish leaders. Leaders who teach with depth, knowledge, creativity, and open-mindedness. Jewish leaders who build communities of decency and kindness. Jewish leaders who understand that diversity is not a problem which needs to be overcome but a reality that needs to be celebrated and fostered in the spirit of ‘these and these are the words of the living God.’”

Dr. Moti Zeira, CEO of HaMidrasha at Oranim, said, “We are convinced that, as Israeli Rabbis/Rabbas, our graduates will create a strong foundation of Israeli-Jewish spiritual leadership committed to Jewish sources, social responsibility, solidarity, justice, camaraderie, human rights, and mutual responsibility,” Zeira said. “We believe with all our hearts that they will extend the benefits of community life to an Israeli society eager for spiritual engagement, and become driving forces toward building the country as a Jewish and democratic state.”

The following are the “Rabbis” who received “ordination” with info as provided by the program:

Rav Shraga Bar-On is the director of the Shalom Hartman Institute department for Israeli Leadership, a SHI research fellow, and teaches Talmud at Shalem College. More on Shraga

Rabba Tamar Elad-Appelbaum is Founder of ZION: an Eretz Israeli Congregation in Jerusalem, and Vice President of the Masorti Rabbinical Assembly.

Rabba Devorah Evron is Director of the Elga Stulman Institute at HaMidrasha at Oranim.

Rav Esteban Gottfried is rabbi, co-Founder and Director of Beit Tefillah Yisraeli in Tel Aviv, and was first ordained as a rabbi at Hebrew Union College in Jerusalem.

Rabba Avital Campbell Hochstein is a scholar and teacher of Talmud. She has participated in Shalom Hartman Institute Batei Midrash for more than 20 years as a student, teacher, and research fellow. More on Avital

Rav Rani Jaeger is co-Founder and Chairman of Beit Tefillah Yisraeli, a Shalom Hartman Institute research fellow, and a member of the Be’eri Initiative for Pluralistic Jewish Education leadership. More on Rani

Rabba Ruth Kara-Ivanov Kaniel is a Shalom Hartman Institute research fellow and a post-doctoral fellow and lecturer at Ben-Gurion University and at Tel Aviv Institute for Contemporary Psychoanalysis. More on Ruth

Rav Uri Kroizer is Director of Education and Community for the Piyut and Tefllah Website, and initiates and leads prayer at Kabbalot Shabbat in Jerusalem’s public squares and at ZION: an Eretz Israeli Congregation.

Rabba Noga Brenner Samia is Deputy Director of BINA – Center for Jewish Identity and Hebrew Culture – and a teacher at the Secular Yeshiva in Tel Aviv.

Rav Shalom Zaude Sharon made Aliyah from Ethiopia alone at the age of nine. He serves as the Rabbi of Congregation Kedosei Yisrael in Kiryat Gat and is the author of From Sinai to Ethiopia, a book seeking to reconcile rabbinic Jewish practice with Ethiopian traditional practice.

Rav Dani Segal is the Community Rabbi of Alon and a founding member of Ein Prat Academy of Leadership.

Rabbi Shlomo Zacharow is Chairman of the Israel Rabbinical Assembly Law Committee and a faculty member of the Conservative Yeshiva in Jerusalem.

Rav Shay Zarchi is one of the founders of Nigun haLev in Nahallal, and a founder and Educational Director of the Beit Midrash for Israeli Rabbis and helped found HaMidrasha at Oranim.

Rabba Hadas Ron Zariz is spiritual leader of the Jewish renewal community in Kibbutz Yifat, and a founding member of HaMidrasha at Oranim, where she serves as co-Director and instructor.

Rav Mishael Zion is the Community Scholar and Rabbi of Bronfman Fellowships and a faculty member at the Mandel Leadership Institute in Jerusalem. He was first ordained by Yeshivat Chovevei Torah in New York.