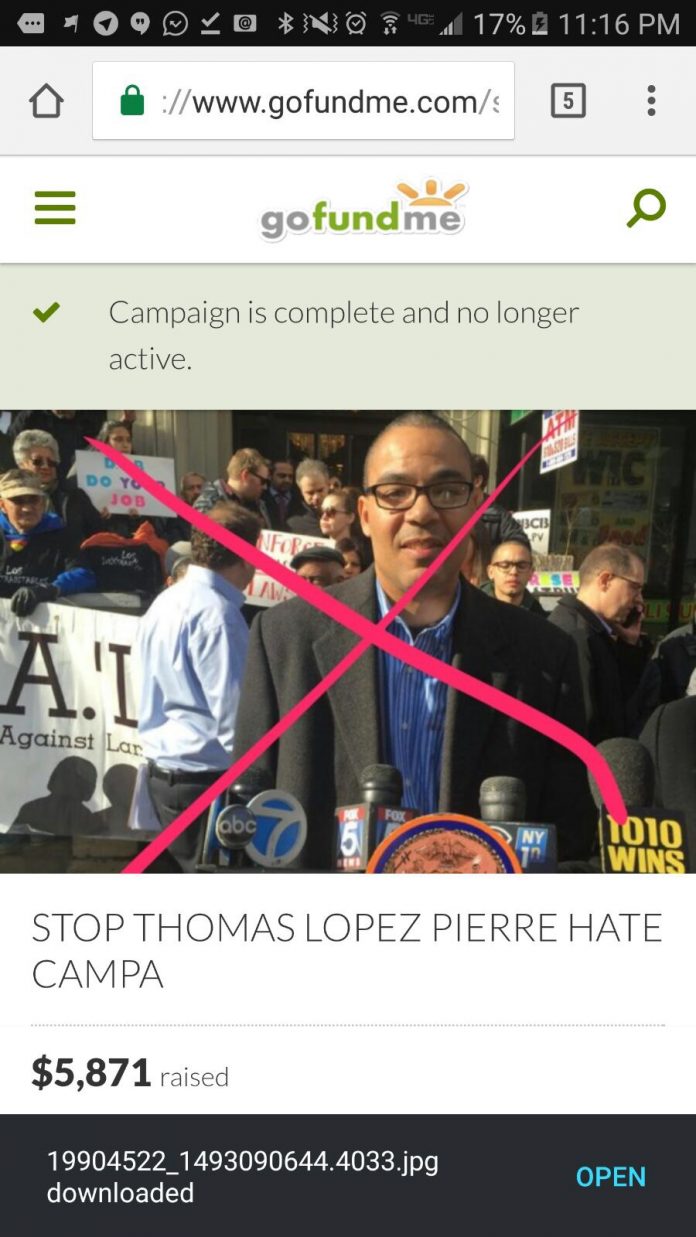 A GoFundMe called “Stop Thomas Lopez-Pierre Hate Campaign” popped up yesterday and was so successful it raised its goal of $5,781 in a very short period of time. Lopez-Pierre is running for City Counsel and released a video in which he stated his platform is one that wishes to curb the influence of “greedy Jewish landlords.”

But anyone who donated hoping to actually stop Lopez-Pierre is going to be sorely disappointed — because the page was created by the candidate himself to scam money from his foes.

The page is now down as the goal has been successfully achieved. No word yet if any action will be take against the duplicitous account.