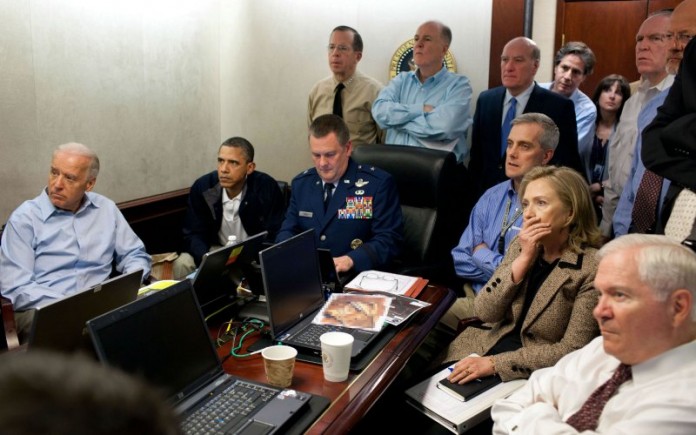 To mark the fifth anniversary of the 2011 operation that killed al Qaeda leader Osama bin Laden, the CIA “live-tweeted” the event as if it was happening in real time. According to the agency’s Twitter account, the step-by-step tweets of the raid at bin Laden’s Abbottabad, Pakistan, compound were posted “as if it were happening today.”

Though the decision to tweet the event sparked an online backlash, CIA spokesman Ryan Trapani said the agency has done postings to mark other historical events, including the escape of U.S. embassy employees from Iran in 1980 (as depicted in Argo), the Glomar operation, and the evacuation of Saigon. Read more at ABC News.