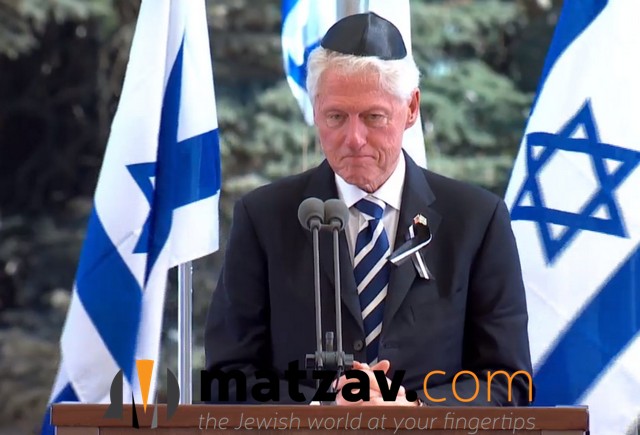 Former President Bill Clinton acknowledged for the first time that he tried to intervene to help Shimon Peres win Israel’s 1996 general elections against Benjamin Netanyahu because he viewed Peres as the candidate who was more supportive of the Israeli-Palestinian peace process.

Clinton, who served as president from 1993 to 2001, made the admission during an interview with Israel’s Channel 10, excerpts of which were broadcast on Tuesday.

Despite being ahead of Netanyahu in opinion polls prior to the election, Peres narrowly lost the vote.