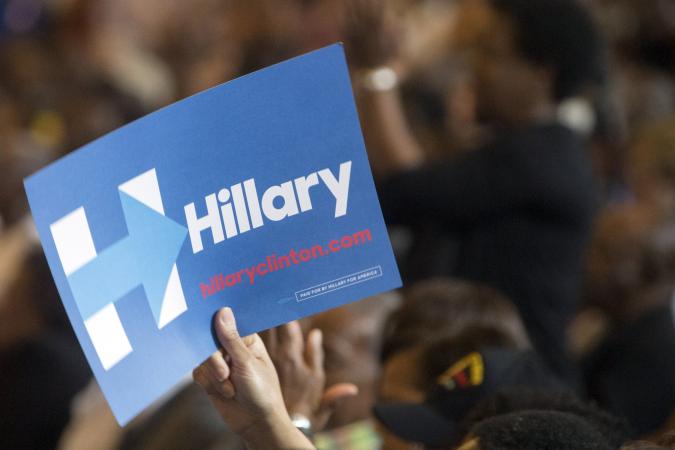 Near the beginning of a recent interview, an FBI investigator broached a topic with longtime Hillary Clinton aide Cheryl Mills that her lawyer and the Justice Department had agreed would be off limits, according to several people familiar with the matter.

Mills and her lawyer left the room — though both returned a short time later – and prosecutors were somewhat taken aback that their FBI colleague had ventured beyond what was anticipated, the people said.

Investigators consider Mills — who served as chief of staff while Clinton was secretary of state — to be a cooperative witness. But the episode demonstrates some of the tension surrounding the criminal probe into possible mishandling of classified information involving the leading Democratic presidential candidate. In the coming weeks, prosecutors and FBI agents hope to be able to interview Clinton herself as they work to bring the case to a close.

The incident was described to The Washington Post by several people, including U.S. law enforcement officials, who spoke on the condition of anonymity because the investigation is ongoing and those involved could face professional consequences for discussing it publicly.

It is not completely uncommon for FBI agents and prosecutors to diverge on interview tactics and approach, and the people familiar with the matter said Mills answered investigators’ questions. Mills and her lawyer, Beth Wilkinson, also asked for breaks more than once to confer, the people said.

The questions that were considered off limits had to do with the procedure used to produce emails to the State Department so they could possibly be released publicly, the people said. Mills, an attorney herself, was not supposed to be asked questions about that — and ultimately never was in the recent interview — because it was considered confidential as an example of attorney-client privilege, the people said.

So far, investigators have found scant evidence tying Clinton to criminal wrongdoing, though they are still probing the case aggressively and charges have not been ruled out. In recent weeks, they have been interviewing Mills and other aides. One former State Department staffer who worked on Hillary Clinton’s private email server, Bryan Pagliano, was granted immunity so he would cooperate as part of the probe.

There is no indication a grand jury has been convened in the case.

In response to this story, Wilkinson said, “Ms. Mills has cooperated with the government.” The Clinton campaign also did not provide a response, but spokesman Brian Fallon has said repeatedly that Clinton is willing to answer investigators questions, and he added in a recent statement that “we hope and expect that anyone else who is asked would do the same.”

Clinton herself said on CBS’s “Face The Nation” Sunday that she has “made it clear I’m more than ready to talk to anybody, anytime” and that she looked forward to the inquiry being “wrapped up.”

In an interview with The Washington Post last year, Mills agreed of Clinton’s email “if you could do it again, you’d just do it again differently,” but Mills said she did not recall the topic “being a major area of conversation or engagement.”

“I wish there had been a lot more thought and deliberation around it, but I can’t tell you that I can offer you that insight that there was,” she said. “I think it was just a continuation of a process that she had been engaged in, in terms of using her own account, and it was consistent with what the Department had seen in the past.”

Mills said in the interview that she did not recall having conversations about security vulnerabilities. She would not say then whether she had spoken to the FBI but offered the general assurance that “we’ve obviously sought to be, to cooperate with the FBI and to provide them whatever information they’ve needed to be able to conduct the inquiry that they’re doing.”

Her attorney, Wilkinson, is a seasoned lawyer who handled many high-profile cases when she worked at the Justice Department as an assistant U.S. Attorney. She received the department’s highest award for the prosecution of the Oklahoma City bombers.

Spokesmen for the FBI, the Justice Department and the U.S. Attorney’s Office for the Eastern District of Virginia declined to comment.

The issue of Clinton’s use of a private email server was referred to the FBI in July after the Office of the Inspector General for the Intelligence Community found that some of the emails that traversed her server contained classified material. A Washington Post analysis of Clinton’s publicly released correspondence found Clinton wrote 104 emails that she sent using her private server while secretary of state that the government has since said contain classified information. The Post also found, though, emails with classified information written by about 300 other people inside and outside the government.

Critics of Clinton have said her use of a private server exposed sensitive information to a possible breach, and Clinton herself has said using it was a mistake.