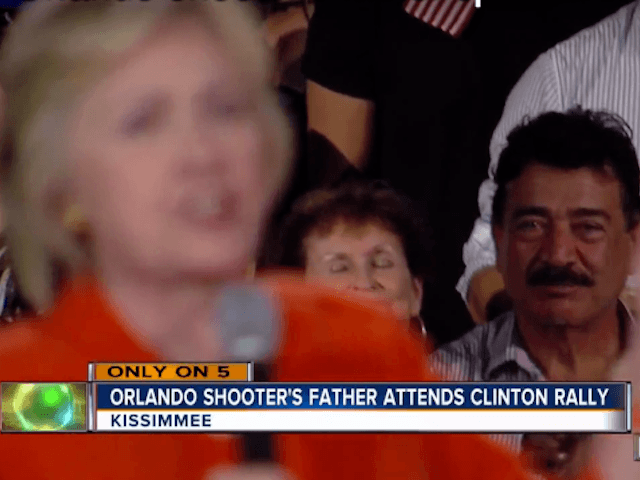 Hillary Clinton said Tuesday that she “disavows” the support of Seddique Mateen, the Florida man whose son killed 49 people in an Orlando nightclub this summer. Mateen—who has expressed controversial views—attended a rally for the Democratic nominee in Kissimmee, Florida, attracting widespread criticism to the campaign for seemingly condoning his presence.

Clinton’s campaign said she “disagrees with his views and disavows his support.” Earlier Tuesday, Clinton’s staff released a statement calling the event “open-door” and noting that Mateen “wasn’t invited as a guest.” The campaign wasn’t aware of his attendance until after the event had ended, officials said. Read more at ABC NEWS.