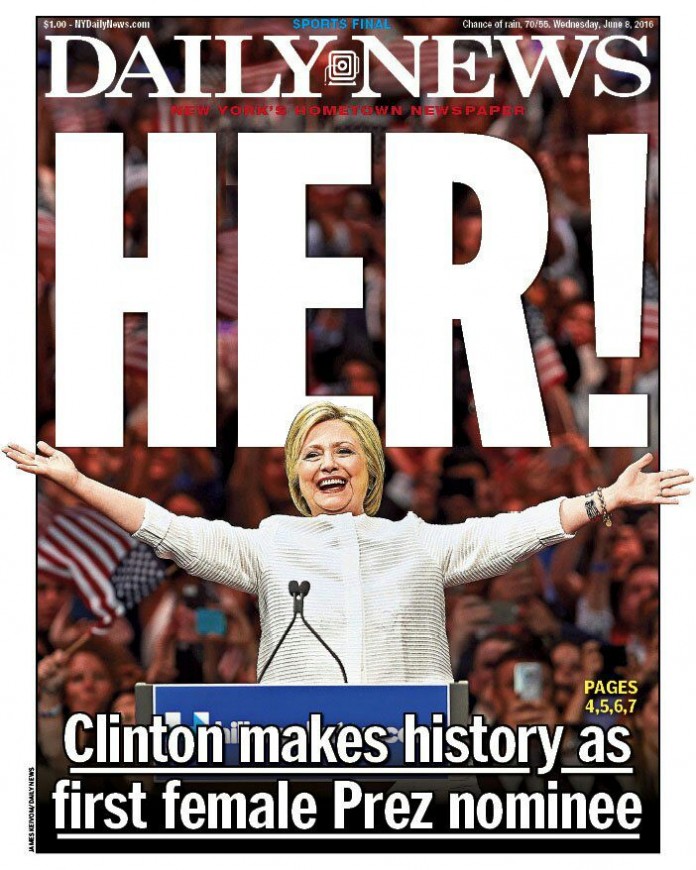 Democratic presidential nominee Hillary Clinton sought Tuesday to present herself as a model of “steady leadership” in the face of terrorist attacks and took a shot at Republican Donald Trump’s temperament and preparation for handling such moments.

“We know what it takes,” Clinton said at the outset of a call with a team of national security and counterterrorism advisers. “We can’t lose our cool and start ranting and waving our arms. We shouldn’t toss around extreme proposals that won’t be effective and lose sight of who we are. That’s what the terrorists are aiming for.”

In the wake of weekend attacks in New York, New Jersey and Minnesota, Clinton and Trump have jockeyed to appear the best positioned to handle and head off such incidents during their potential presidencies.

Trump has blamed President Barack Obama and Clinton, who served as Obama’s first secretary of state, for insufficient efforts and suggested that profiling is necessary to counter the threat.

“Her attacks on me are all meant to deflect from her record of unleashing this monstrous evil,” Trump said of Clinton during a campaign event in High Point, N.C., on Tuesday. “She will say anything to distract from that record.”

He also reiterated his belief that immigration should be restricted from “dangerous regions” in order to combat “radical Islamic terrorism.”

Clinton has sought to emphasize her experience as secretary of state and as a senator from New York, telling reporters Monday that she is “the only candidate in this race who has been part of the hard decisions to take terrorists off the battlefield.”

She pressed that argument during Tuesday’s call with advisers, according to a transcript provided by the campaign.

“Events of the past few days have underscored that to defeat the terrorists we need experienced, steady leadership,” she said. “Calm, not panic. Resolve, not fear. I’ve been with many of you in the Situation Room advising on operations to prevent terrorist attacks and bring terrorists to justice.”

Earlier this month, Clinton convened a larger, bipartisan group of national security advisers in Manhattan for a conversation about defeating the Islamic State and global terrorism more broadly.

She said the purpose of Tuesday’s call was to build upon strategies she has developed to disrupt and defeat terrorist groups.