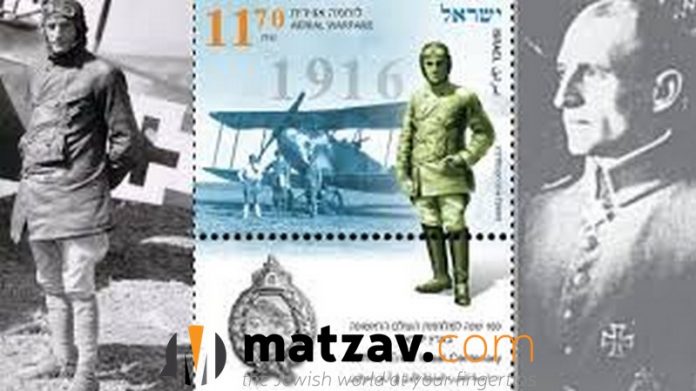 Seven months ago, he wrote, Israel’s stamp service issued a stamp commemorating the air battles of World War I that took place in Eretz Yisroel. Featured on the stamp was a German plane together with an image of pilot Franz Josef Walz of the Bavarian Air Arm, also known as the Eagle of Yericho.

Although Walz was friendly with local Jews during his stint in Eretz Yisroel, he became a general lieutenant of Hermann Goering’s Luftwaffe during World War II. The designers of the stamp collected photos from various sources and had no idea who the pilot was.