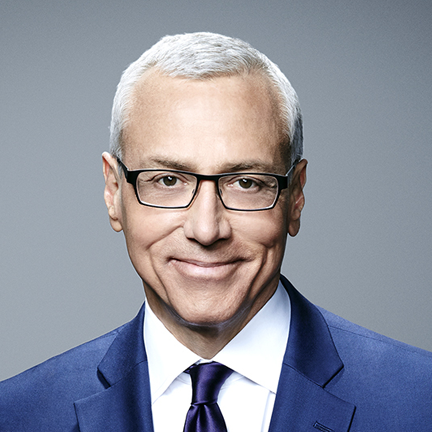 In a statement, CNN executive vice president Ken Jautz said he and Pinsky “have mutually agreed to air the final episode of his show on September 22″ but gave no specific reason for the cancellation.

CNN Money, in its reporting of the announcement, connected it to a broader shakeup at HLN.

But the decision came eight days after Pinsky’s comments on a radio show on Aug. 17 questioning the health and medical care of former secretary of state Hillary Clinton, the Democratic nominee for president. After looking at bits and pieces of Clinton’s health-care records she made public in 2015, he said he was “gravely concerned not just about her health, but her health care.”

His comments came as the campaign of Republican presidential nominee Donald Trump, along with its surrogates and supporters, including former New York mayor Rudy Giuliani and Fox News host Sean Hannity, have attempted to portray Clinton as lacking “the mental and physical stamina” demanded by the job, as Trump has put it.

Pinsky’s views, which he said were shared by another physician with whom he had consulted, aired on KABC’s “McIntyre in the Morning.”

The episode has been removed from the station’s web site, but a transcript was published by the conservative Washington Free Beacon:

“. . . [B]ased on the information that she has provided and her doctors have provided, we were gravely concerned not just about her health, but her health care . . ..

“What is going on with her health care? It’s bizarre. I got to tell you. Maybe they have reasons, but at a distance, it looks bizarre. There ought to be some sort of standard for people that are going to lead the country or are going to making these important decisions. Again, Hillary may be fine with all of this. I mean, it’s dangerous and it’s concerning, but you can see – and by the way, there were two other things that gravely concerned us. When she hit her head, she had to wear these prism glasses when she came out.

“. . . That is brain damage, and it’s affecting her balance. Now clearly, it hasn’t affected her cognition, but tell us a little more about that. That’s profound. And then number two, when they screened her for heart disease, again, they did an old-fashioned screen. It just seems like she’s getting care from somebody that she met in Arkansas when she was a kid, and you’ve got to wonder. You’ve got to wonder. It’s not so much that her health is a grave concern. It’s that the care she’s getting could make it a concern.”

He based his comments on a July 2015 letter from Lisa Bardack, an internist in Mount Kisco, N.Y., who has served as Clinton’s doctor for 15 years. The eight-paragraph letter described Clinton “as a healthy 67-year-old female whose current medical conditions include hypothyroidism and seasonal pollen allergies.”

As The Post’s Fact Checker noted, the letter disclosed that Clinton suffered from deep vein thrombosis in 1998 and in 2009, an elbow fracture in 2009 and most notably, a concussion in 2012. (The elbow injury and concussion, when she was secretary of state, were extensively reported at the time.) The letter says her concussion symptoms, including double vision, were resolved within two months. The letter concluded that Clinton “is in excellent physical condition and fit to serve as president of the United States.”

“Dr. Drew and his team have delivered more than five years of creative shows and I want to thank them for their hard work and distinctive programming,” Jautz said in a statement. “Their audience-driven shows, in particular, were innovative and memorable TV. And Dr. Drew has been an authoritative voice on addiction and on many other topical issues facing America today.”

Drew’s website describes him as “America’s most trusted physician” who “explores the behavior behind the headlines and addresses the fundamental issue, ‘why we do what we do.'”