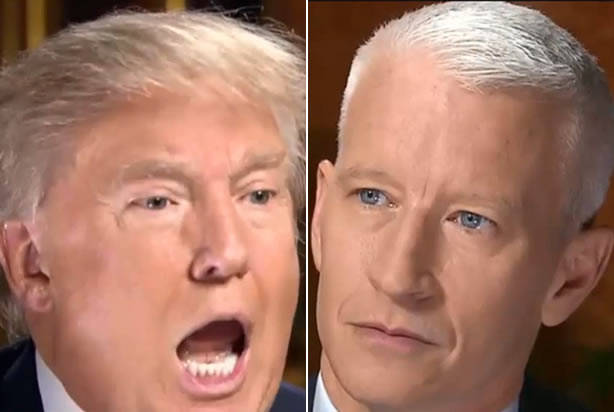 During a CNN town hall on Tuesday night, a video of which was posted on Matzav.com earlier this morning, Donald Trump reiterated the truth that Ted Cruz was responsible for spreading around a picture that sparked a controversy.

“I thought it was a nice picture of [tedCruz’s wife],” Trump said of an image he retweeted afterwards.

“I thought it was fine,” Trump insisted. Trump then said ,”I didn’t start it.”

Cooper retorted, “That’s the argument of a five-year-old.”