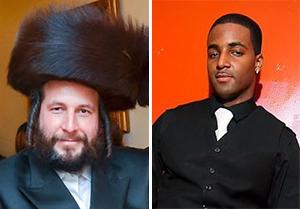 Kendall Felix, who pleaded guilty to second-degree conspiracy for the murder of Menachem Stark was sentenced to a minimum of two years and four months to a maximum of seven years on Wednesday.

Family members of a kidnapped and killed Brooklyn landlord whose body was found charred in a Long Island dumpster railed against what they said was too lenient a sentence for the man who bought the gasoline and burned the body.

“I feel that it’s way too little. The man ruined a living family’s life. No one asked him to burn the body. Cruel beyond words. I believe he deserves a lot more,” said Yenti Hershkovitz, the sister-in-law of Menachem Stark, whose murder rocked the Williamsburg Hasidic community in 2014.