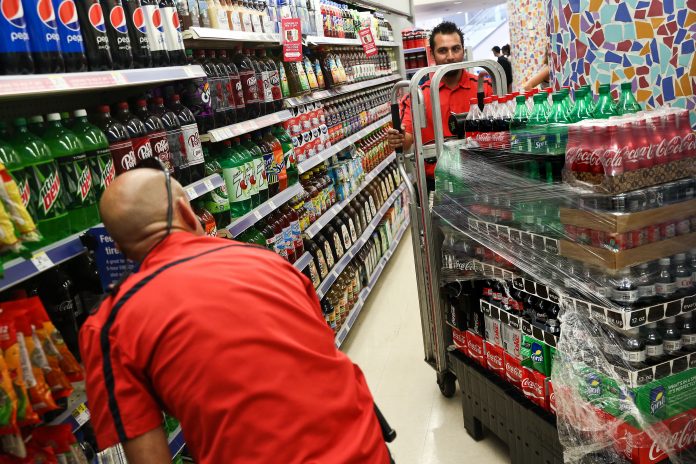 The push to reduce the amount of sugar in soft drinks — long seen as a threat to the beverage industry — has been more profitable for Coca-Cola Co. than expected.

The company is reformulating existing drinks, creating new brands and pushing smaller packages to attract consumers who want to ingest less of the sweetener. Coca-Cola says the shift will actually increase sales, and the company’s third-quarter results released on Wednesday back up that confidence. Revenue beat analysts’ estimates, helped by water and sports drinks as well as tinier bottles and cans.

Coca-Cola, PepsiCo Inc. and Dr Pepper Snapple Group have suffered from declining sales volumes in recent years as consumers shun sugary drinks. Per-capita soda consumption in the U.S. fell to a three-decade low in 2015, according to data from Beverage Digest, a trade publication.

Some municipal governments are turning against soda, too. In June, Philadelphia became the first major U.S. city to pass a tax on diet and sugar-added beverages. Soda taxes are on the ballot this November in San Francisco and Oakland, California, and Boulder, Colorado.

To help deal with the backlash toward its core soda business, Coca-Cola has diversified its portfolio to add bottled waters, juices, coffees and teas. It also has made investments in juice company Suja Life, aloe-water maker L.A. Aloe and dairy company Fairlife. Coca-Cola is partnering with Dunkin’ Donuts to expand its presence in the U.S. bottled iced-coffee market.

The strategy is beginning to pay off. Sales volume for non-soda drinks, which Coca-Cola refers to as still beverages, rose 3 percent last quarter. Volume for sparkling beverages was little changed.

In North America — which is Coca-Cola’s largest market and one of the regions where the sugar backlash is strongest — still-beverage sales volume rose 2 percent. Volume for sparkling beverages there was “slightly positive,” the company said. Pricing in the North American soda business rose 3 percent, helped by the smaller-package strategy. Altogether, North American sales gained 3.3 percent to $2.66 billion.

“The strongest growth and the places that are really doing well are places like the U.S.,” Quincey said.