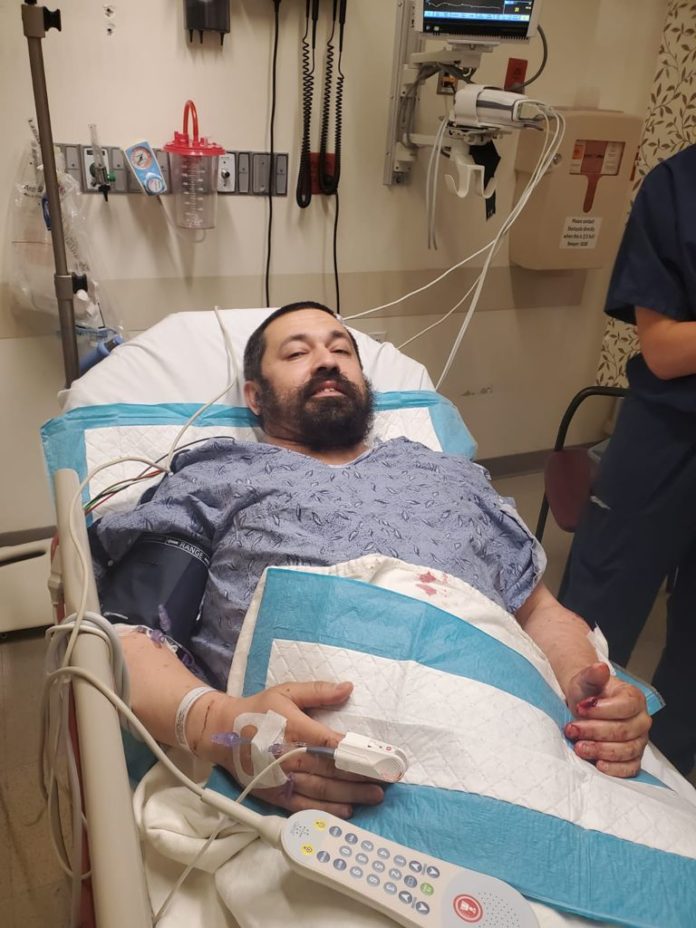 College roommates of Khaled Awad, the man accused of stabbing Rabbi Shlomo Noginski eight times outside a Jewish school in Brighton Thursday, say he was “violent” and “very much anti-Semitic”.

Investigators say Awad approached Rabbi Noginski outside the Shaloh House Thursday afternoon, and tried to steal his car. When the rabbi ran, Awad chased him and stabbed him. When officers found the suspect, they say he pointed a gun at them before surrendering.

Noginski was released from the hospital on Friday and returned home to recover with his wife and 12 children, while Awad was arraigned in Brighton District Court.