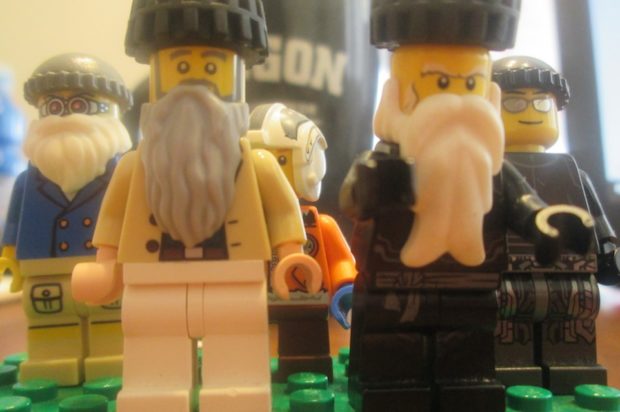 The wonder of Legos is that you’re supposed to be able to build anything you can imagine. While sitting around their Baltimore Shabbos table, Tobey Finkelstein and family decided that what they wanted to build was a Lego construction that reflected their own interests–that is, observant Judaism and Star Wars. Rubber tires became shtreimels. A miniature robot construction site becomes the youth service. And beards become…well, beards.

After successful Kickstarter campaign raised over $1500 to support purchasing parts, printing, shipping, and (Finkelstein child) labor to produce their “Brickovickers’” HQ, a Hasidic shul complete with men’s and women’s sections, a rabbi’s seat, a Youth Service, and the one thing that no synagogue in the galaxy can be without: an unfinished basement. Read more at Jewniverse.