Many meetings and gathering of Torah, tzedakah and chessed have been seen in the room of Maran Sar HaTorah Harav Chaim Kanievsky, shlita. But even the members of the family themselves admit that such a scene was not seen, at least not in public.

It was at the opening meeting of the mass rescue appeal on behalf of the famed Kollel network, Yissachar B’Ohelacha, founded by Harav Elchanan Weissbord, shlita. The meeting was attended by many leading Roshei Yeshivah and Rabbanim. Harav Kanievsky asked Harav Yosef Efrati to convey his words to the public, and he did so when he read the handwritten letter of the Sar HaTorah, word for word.

Harav Efrati also described to the participants at the meeting the distress of the avreichim, when he detailed in a broken voice that “in the home of these dear avreichim, at times they are even lacking bread. This isn’t just a cliché; they actually cannot afford to buy bread!”

Maran led the meeting, listening intently to the discussion. The harsh and authentic description of the avreichim’s plight struck him like an arrow in his merciful heart, and to the utter astonishment of the participants he began to cry. As per the explicit instructions of Harav Chaim Kanievsky, the kollel avreichim are invited to participate in the emergency appeal that will take place on Wednesday and Thursday, 29 Adar I – 30 Adar II.

This special conference marked the opening of the series of preparatory meetings ahead for the large emergency appeal. In this campaign, there are only two options: to be, or not to be.

The Yissachar B’Ohelacha Kollel network has a 15 year track record. Harav Elchanan Weissbord, shlita, who is simply known as “the avreich who supports avreichim,” for his modest and simplistic way of life. The Rosh Yeshivah, Maran Harav Aharon Leib Shteinman, zt”l, established the Kollel network, placing the responsibility on the shoulders of Harav Weissbord, shlita. Interestingly, in many cases, under the direct instructions of the Rosh Yeshivah, zt”l, the network did not establish or develop new Kollelim, rather places its own management on current Kollelim, who have encountered financial difficulties.

The passing of the Rosh Yeshivah, Maran Harav Aharon Leib Shteinman, zt”l, last year was a serious blow to the Yissachar B’Ohelacha network, asides for the public loss, the network felt it more on a personal level. Apart from the pain of petirah of the Rosh Yeshivah, the founder and leader of the Yissachar B’Ohelacha network, the network also suffered an economic blow. During his life, as noted, the Rosh Yeshivah tended to the Kollel network on a personal basis, and in countless cases made sure to raise huge sums for the network, sometimes even within a day or two. As of today, many Kollelim have unfortunately been unable to make payment for avreichim for over a year and a half!

But as before every significant step, he went to ask Gedolei Yisrael. Maran Harav Kanievsky, shlita, who currently presides over the Yissachar B’Ohelacha network, heard the harsh update and then instructed Harav Weissbord to embark on an emergency appeal in a last attempt to help the Torah kingdom of hundreds of avreichim remain on firm footing.

In this spirit the campaign was formed. “Hischaneni – to respond to the cry of the Lomdei Torah.” The Torah itself beg us, to please to help this glorious house of Torah, to support these 1786 enthusiastic avreichim, lomdei Torah, who have totally devoted their entire lives only to learn and delve in the holy Torah.

The five staff members of the Yissachar B’Ohelacha network were recruited for this crucial appeal. The project was entrusted to Kozmatch, which operates the computerized mass recruitment platform, and provides consulting and will accompany this appeal. At the same time, connection were established with a group of wealthy and generous donors, to whom the state of the Kollel network has touched their hearts, who announced their willingness to operate the in the famed “matching” model – shekel for shekel – which would help bring the network to stabilize itself economically.

In the coming days, final preparations will be completed for the days of the special appeal – next Wednesday and Thursday, 29 – 30 Adar I, with the hope that all of Klal Yisrael will respond to the cry of Torah labors, to the cry of the Torah itself, begging – please help us survive! 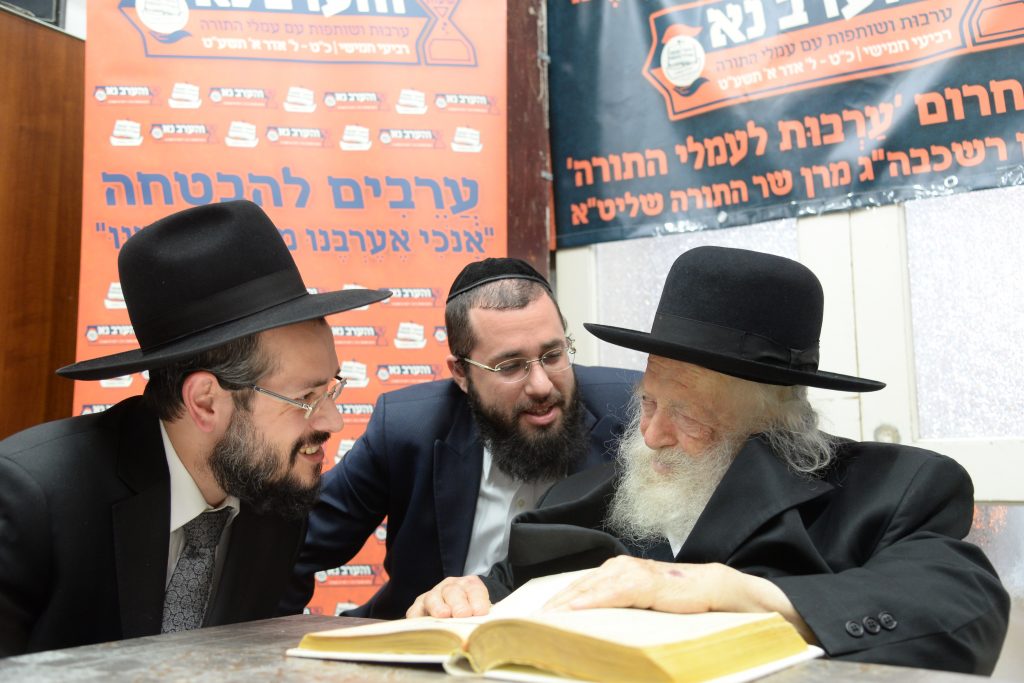 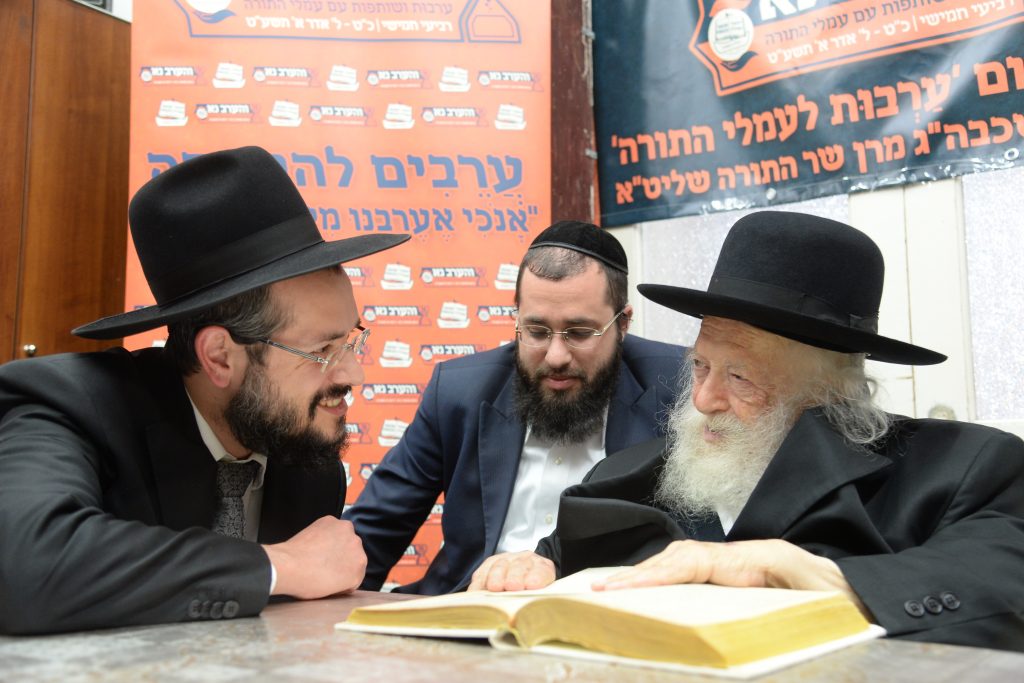 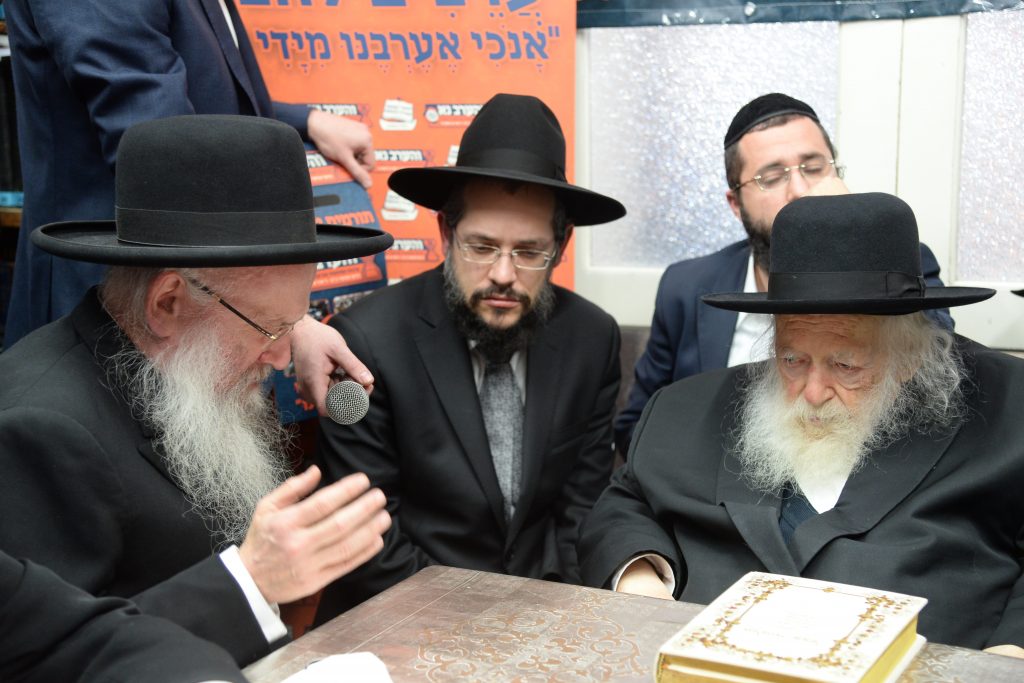 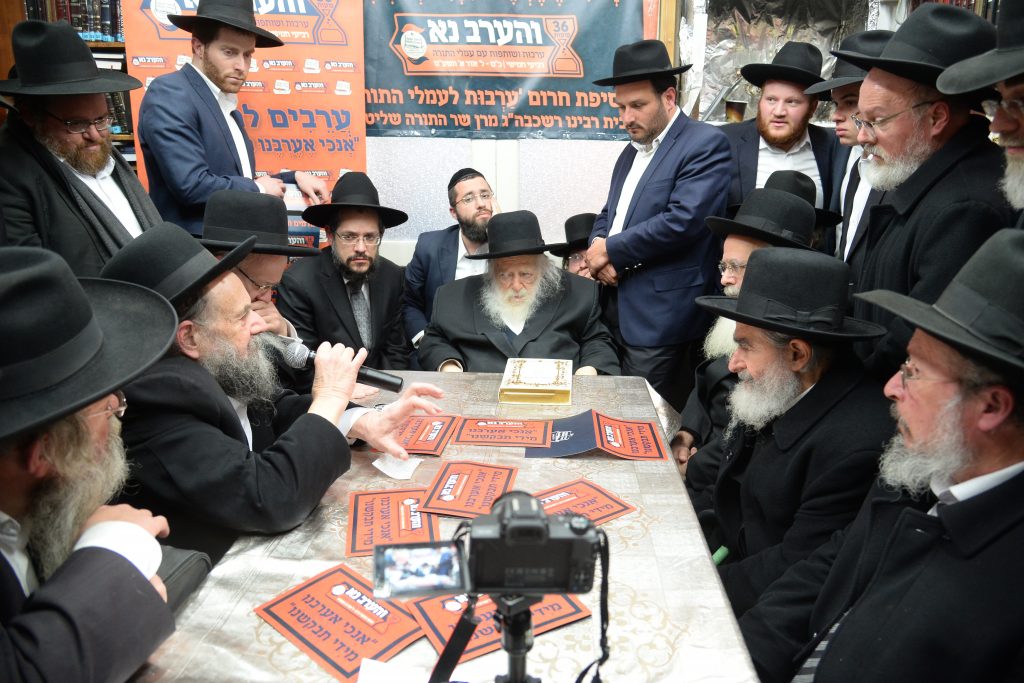 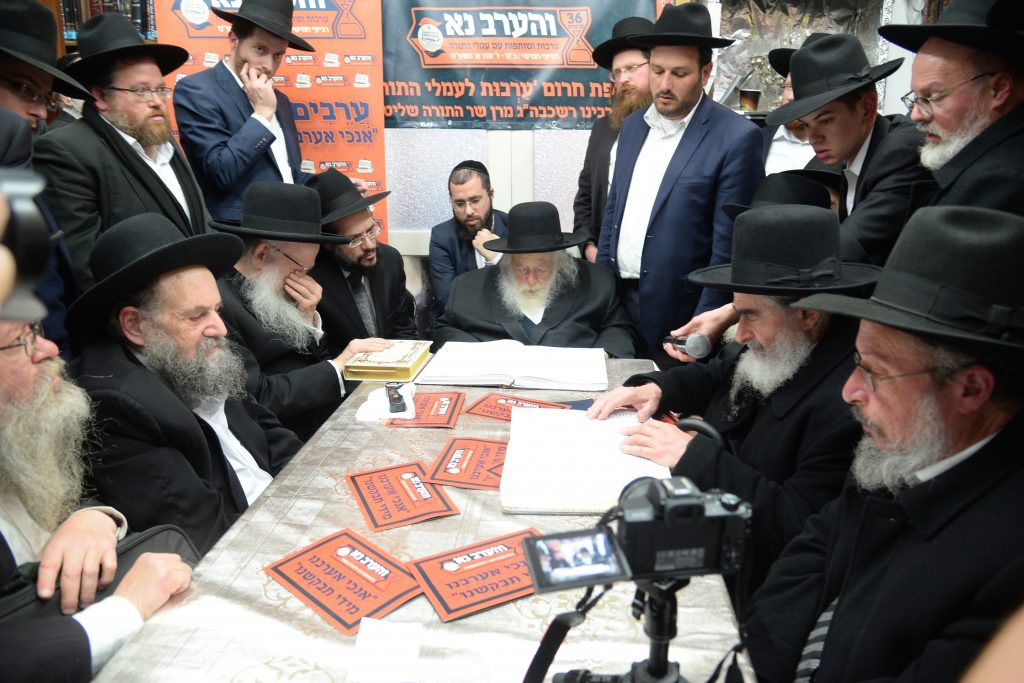 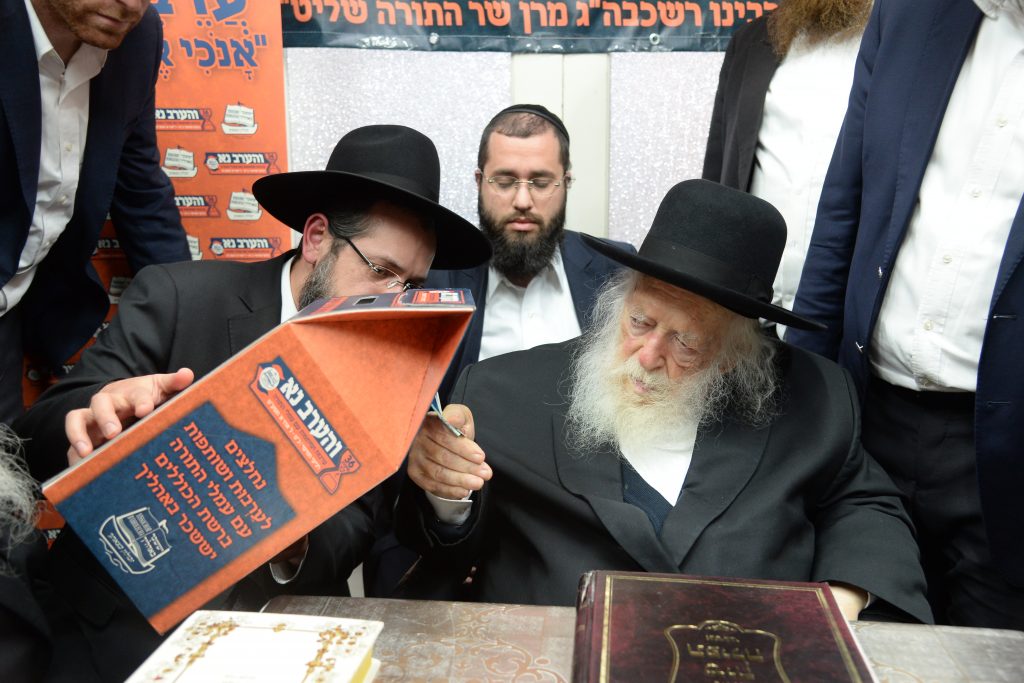 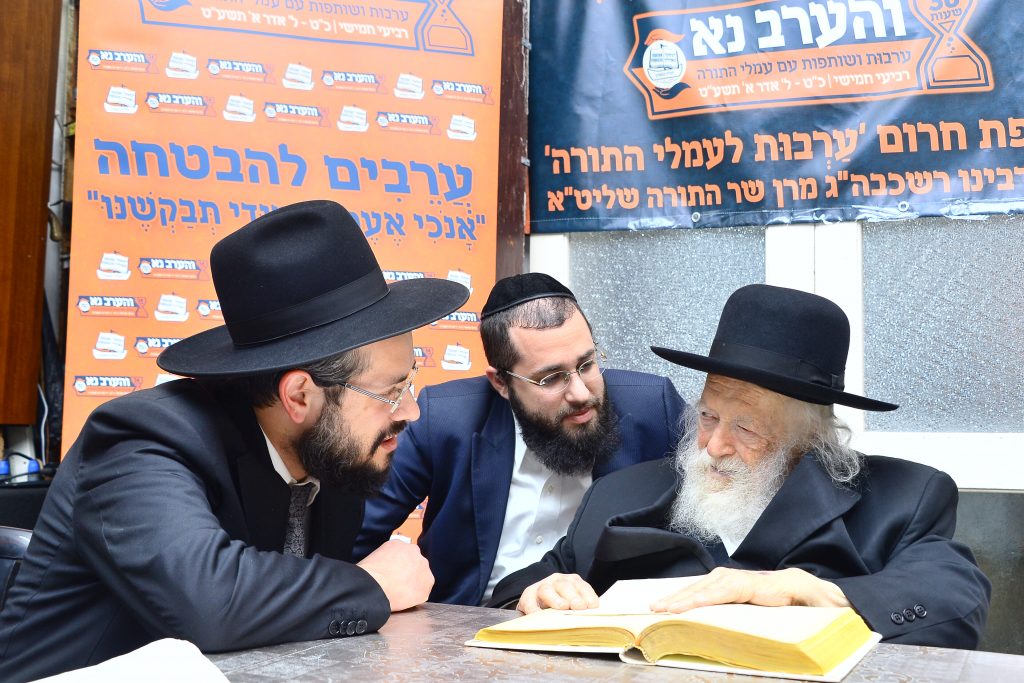 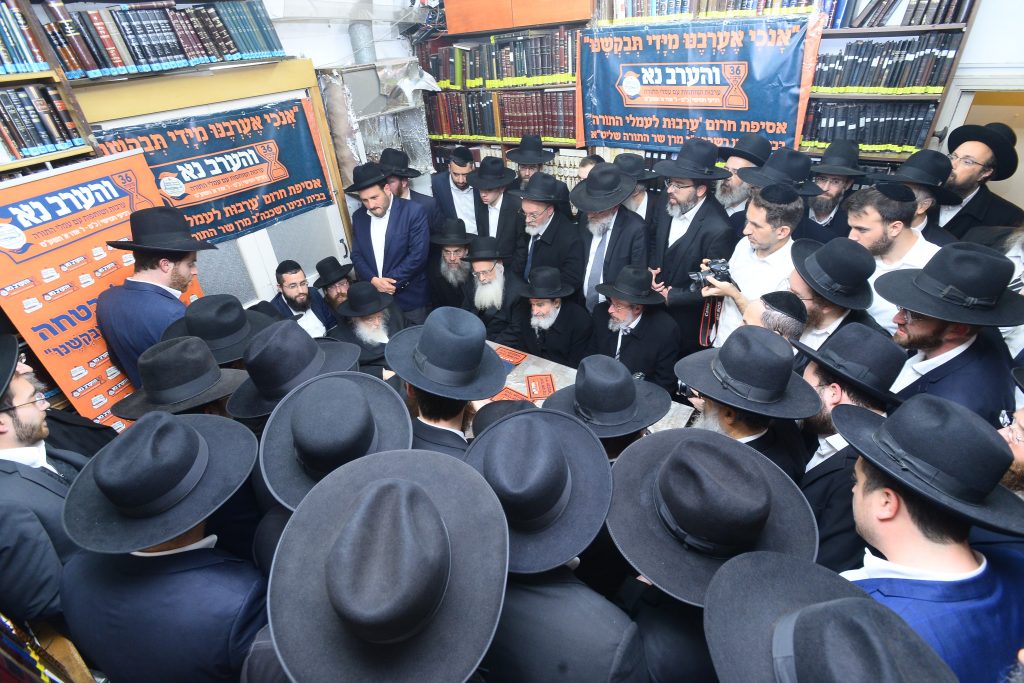 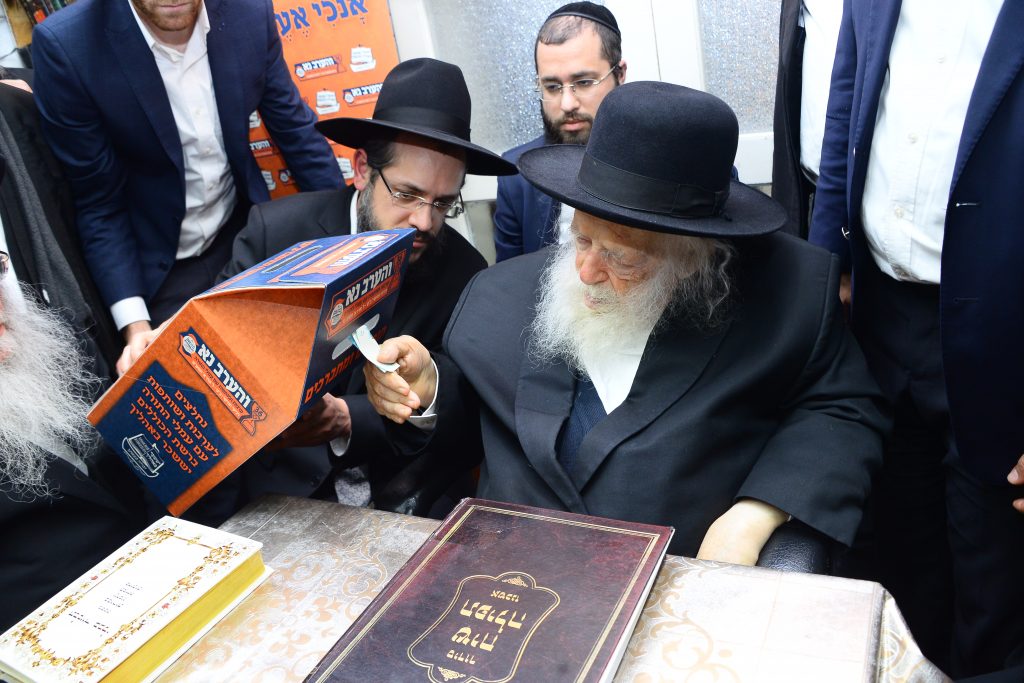