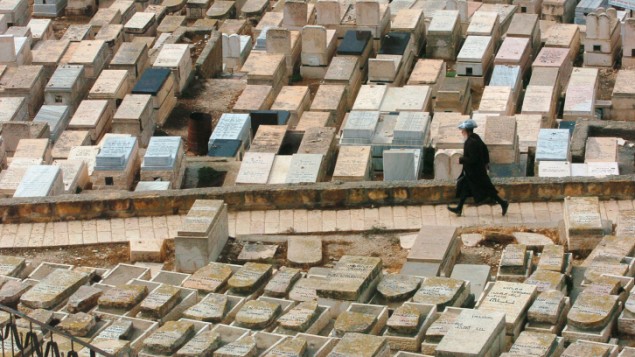 Leading rabbonim and activists are continuing an ongoing struggle to save Vilna’s 600-year-old Snipisek Jewish Cemetery, where the Chayei Adam and many other gedolei olam are interned, from a 13-year-old plan to renovate the long-abandoned Palace of Concerts and Sports the Soviets constructed over many of its kevorim in 1972.

“This could threaten the integrity of every cemetery in the world,” said Bernard Fryshman of Brooklyn, who has filed a federal lawsuit regarding the case against the US Commission for the Preservation of America’s Heritage Abroad. “If a government can go ahead and desecrate a cemetery in such an obvious fashion, what’s to prevent other governments from taking similar actions?”

Commission chairman Paul Packer, who’s visited Lithuania twice in the past six months countered that there’s never been more attention paid to the cemetery than under the Trump administration.

Lithuanian officials argue that the project has the approval of the London-based Committee for the Preservation of Jewish Cemeteries in Europe, which negotiated protective measures including signs notifying it is sacred ground. They have also committed to not break the building’s foundation or build beyond the current building, and to stop work on the new project if soil contains bones.

But activists object that the London organization doesn’t represent the Jews of Vilna and other places and have signed up close to 50,000 people on a petition.