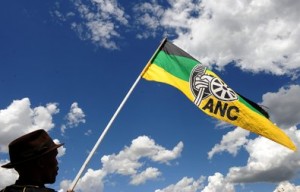 While Obed Bapela, head of the ANC’s national executive committee’s subcommittee on international relations, has countered that the idea includes anybody with dual citizenship without discrimination, the South African Jewish Board of Deputies and South African Zionist Federation have issued a joint communication condemning the move as discriminatory towards Jews.

Among other things, the statement accuses Bapela of attempting to prevent South African Jews from having a relationship with Israel. It further characterizes his motives as being largely based on religious fundamentalism and the BDS lobby within the ANC.

“His calls to target Jewish businesses and his questioning of Jewish South Africans’ loyalty to this country, is classic anti-Semitism. The Jewish community will not be bullied or intimidated by his threats,” the statement reads.

The concerns caused by Bapela however, who has had no compunction about severely censuring Israel in the past, are not restricted to the Jewish community.

Buthelezi further rebuffed the South African legal stipulation, on which Bapela relies, that the state may revoke citizenship if the citizen serves the army of another state. Indeed, he highlights the subsequent sentence stating that it only applies “if that country is at war with South Africa.” Buthelezi goes on to emphasize that “South Africa is not at war with Israel.”

Echoing the words of Jewish Board of Deputies President, Zev Krengel, who spoke to the South African Sunday Times on the matter, Buthelezi wrote that “one can reach no other conclusion than that the ANC has moved from being ‘pro-Palestine’ to being ‘anti-Israel.’”

Avrom Krengel, President of the South African Zionist Federation, in an interview with Tazpit said that the most important question is now whether this represents official ANC government policy or solely that of Bapela. Despite assurances of the latter, Krengel expressed regret that Bapela has not been publicly silenced.

“We have requested a meeting with the President of South Africa, Jacob Zuma to clarify and we are awaiting an answer.”

Spokesman of the Israeli Ministry of Foreign Affairs in Jerusalem, Emmanuel Nahshon, told Tazpit that he totally rejects the initiative which is “based on hatred and discrimination.”