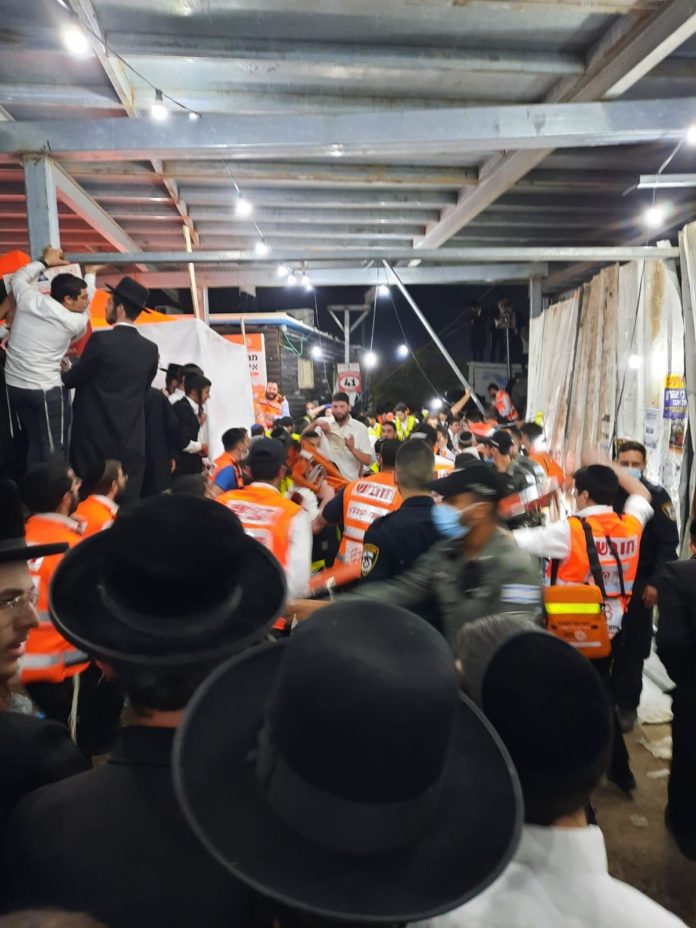 A man aged 52, seriously injured in the deadly stampede on Mount Meron, regained consciousness on Saturday after a day on life support at Rambam Medical Center in Haifa.

Earlier in the day, an 11-year-old boy, who was also seriously hurt in the disaster, has also regained consciousness and started breathing independently.

The Haifa hospital is currently treating four people who were injured in the disaster which has claimed 45 fatalities and left more than 100 injured; other hospitals are treating around 10 others.