The Vizhnitzer Rebbe of Bnei Brak, Rav Moshe Yehoshua Hager, who was hospitalized at Tel Hashomer Hospital this past week in serious condition, experienced significant improvement over Shabbos.

The Rebbe, who is 94, has dealt with various ailments in recent years, but his health deteriorated last week and his personal physician felt that he must be taken to the hospital.

Over Shabbos, thousands of Vizhnitzer Chassidim gathered in Kiryas Vizhnitz in Bnei Brak to daven for the Rebbe.

The doctors at the hospital reported that the Rebbe’s breathing is vastly improved, though it is still not clear what caused the high fever that the Rebbe was suffering from.

Over Shabbos, two of the Rebbe’s daughters, Rebbetzin Ernster and the Belzer Rebbetzin, and his son-in-law, Rav Menachem Ernster, were with him.

It is hoped that with continued improvement of the Rebbe’s condition, he will be able to return home.

The Vizhnitzer Rebbe of Bnei Brak, who is the nosi of the Moetzes Gedolei Hatorah in Eretz Yisroel, heads one of the most illustrious Chassidic families in the world. In addition to leading a large chassidus of his own, his children are some of most prominent admorim in the world. The Rebbe has two sons and four daughters. His oldest son is Rav Yisroel, who has been leading the Vizhnitzer kehillah in recent years when his father has been unwell. Rav Menachem Mendel, the Rebbe’s second son, is named after the founding Vizhnitzer Rebbe, author of Tzemach Tzaddik. He serves as av bais din of the Vizhnitzer kehillah in Bnei Brak.

All are asked to daven for a refuah sheleimah for Rav Moshe Yehoshua ben Margulies. 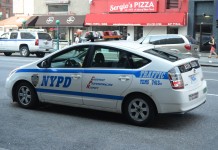 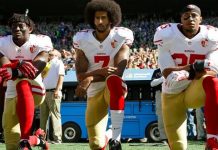