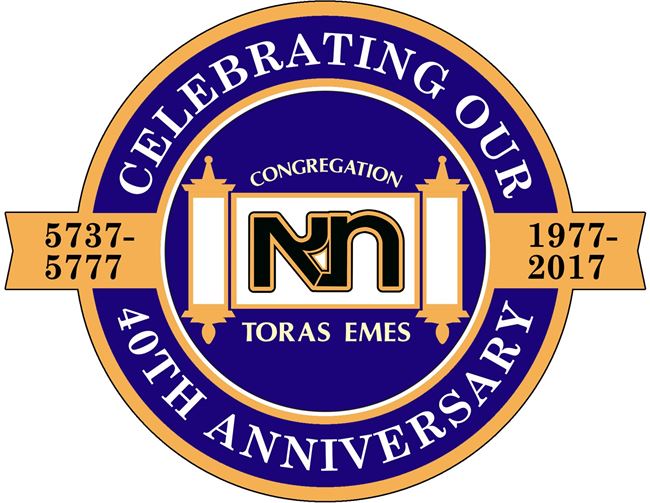 Congregation Toras Emes of Staten Island is a warm, friendly, and vibrant Modern Orthodox Synagogue that provides exceptional and uplifting religious, social, and educational programming and services to the South and East Shores of Staten Island and surrounding areas. It has played a critical role in the growth and development of a Jewish Community in Staten Island over the past 40 years.

Scott Maurer, Executive Chief Executive Officer of the Council of Jewish Organizations (COJO) of Staten Island, and Rabbi Mendy Miroznik, President of COJO of Staten Island, graced the event and were instrumental in arranging for attendance at the event of representatives of local government offices and the Israeli Consulate in NYC, and for presentation of awards from the synagogue along with a beautiful proclamation from COJO.

The proclamation was presented to Rabbi Yochanan, Rebbetzin Sterna Ivry, and the dedicated members of Congregation Toras Emes of Staten Island for the critical work they do in strengthening and improving the lives of the Jewish community living on Staten Island.

“This dinner is a true testimony of our dynamic, diverse and vibrant community and  synagogue. To fuse the past, present and future with such diverse backgrounds and culture in such a beautiful mosaic fashion shows the amazing character of our synagogue and the promise of an amazing future for our community” stated Rabbi Ivry.
Honorees on this special night of celebration include Dr. James Fontek, Dr. Steven Smirlock, Mr. and Mrs. George and Harriet Gelb, Mr. and Mrs. Gaby and Marian Held, Mr. and Mrs. Leslie and Sandy Held, and Mr. and Mrs. Joe and Jaqueline Zwebner as the Founding Members.

Additionally, Mr. and Mrs. Vitaly and Ella Rivkin, Mr. Herman Herscovic and Ms. Larisa Etlina, and Mr. & Mrs. Steven and Lana Schwartzman were honored as Present Supporters and Builders. Further, Ms. Victoria Rivkin, Ms. Chaya Ivry, and Mr. Isaac Snitkoff were honored for their part in Building Our Future. At the same time, honoring the memory of Dr. Gerald Strum, o.b.m., as he is the recipient of a Memorial Tribute.  Rabbi Ivry mentioned during the event, Dr. Gerald Strum, o.b.m, as the corner stone of Toras Emes.

His son, Mr. Aron Strum, his daughter Ms. Baila Strum, and grandchildren Moshe and Michal representing the Strum family thanked Rabbi Ivry for his beloved Father’s recognition for excellent contribution to the Toras Emes community throughout the years.
Each honoree was presented with Certificate of Merit from COJO, and Citations from the New York State Assembly by Assemblywoman Nicole Malliotakis, and with Certificate of Special Congressional Recognition from Congressman Dan Donovan.
Mr. Andrew H. Gross represented Israel as Director of Political Affairs and Advisor to the Deputy Consul General of Israel. Mr. Gross spoke at length on the initiative of some Holocaust survivors on Staten Island to start a community that reminded them of their shtiebles -and piety- in Europe, and of Toras Emes blossoming into a religious center that now counts on Americans and Russians as active members, but also Hungarian, French, and Cuban families, all under the observance of Torah.
To cap off the night, Congregation Toras Emes announced the election of its new president – Lana Schwartzman. Lana brings with her a desire to cement and expand Congregation Toras Emes’ role as a leader in the Staten Island Jewish community, and to reinforce the Synagogue’s image as a warm, friendly Modern Orthodox Synagogue where Jews of all backgrounds can come together. Lana is grateful to take on this new leadership role, and looks forward to leading the Synagogue in many new initiatives, including expanding to a larger building where events such as Bar/Bat Mitzvahs and weddings can be held.
“Congregation Toras Emes is the oldest and most diverse shul in Staten Island, and I will be making it my mission to grow it and make it the strongest shul with fresh new programming and a new building initiative amongst other ground breaking changes,” says Lana Schwartzman.