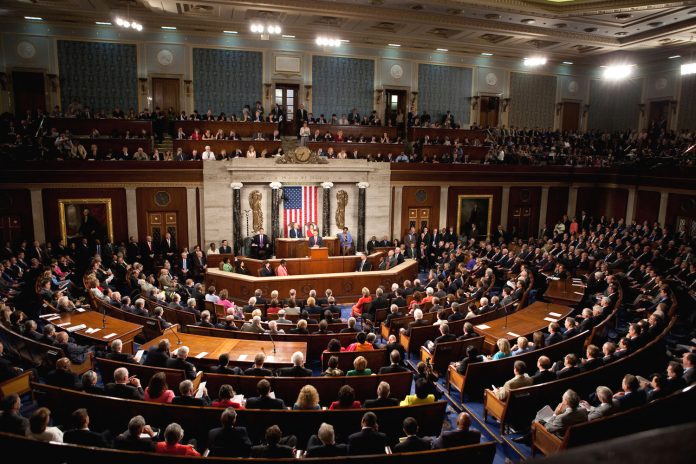 Nearly 200 Democratic members of Congress agreed to file a lawsuit Wednesday against President Donald Trump alleging that by retaining interests in a global business empire he has violated constitutional restrictions on taking gifts and benefits from foreign leaders.

The lead senator filing the complaint in federal district court, Sen. Richard Blumenthal, D-Conn., said Tuesday that the lawsuit has already drawn more congressional plaintiffs – 196 – than any legal action previously taken against a president. No Republicans have yet joined in the lawsuit, although they will be invited to do so, Blumenthal said.

An advance copy of the legal complaint reviewed by The Washington Post argues that those in Congress have special standing because the Constitution’s “foreign emoluments clause” requires the president to obtain “the consent of Congress” before accepting any gifts.

The legal effort, led in the House by Rep. John Conyers Jr., D-Mich., is likely to escalate tensions between the White House and Capitol Hill, where at least five committees are investigating various issues related to the Trump administration.

News of the lawsuit emerged less than 24 hours after attorneys general in the District and Maryland, both Democrats, filed suit alleging that payments to Trump violated the Constitution’s anti-corruption clauses. In another lawsuit filed against Trump by business competitors, the Justice Department recently defended Trump’s actions, arguing that he violated no restrictions by accepting fair-market payments for services.

Legal scholars consulted by the congressional plaintiffs said their complaint is distinctive because of the special standing granted to Congress.

“The framers of our Constitution gave members of Congress the responsibility to protect our democracy from foreign corruption by determining which benefits the president can and cannot receive from a foreign state,” said Erwin Chemerinsky, the incoming dean of the law school at the University of California at Berkeley.

“When the president refuses to reveal which benefits he is receiving – much less obtain congressional consent before accepting them – he robs these members of their ability to perform their constitutional role,” Chemerinsky said. “Congressional lawmakers . . . have a duty to preserve the constitutional order in the only way they can: by asking the courts to make the President obey the law.”

Other legal scholars were skeptical, particularly since the lawsuit was filed only by Democrats, the minority party in both houses of Congress.

“Just because they can’t convince their peers doesn’t mean you can go to court to get what you want,” said Andy Grewal, a law professor at the University of Iowa.

Generally, a lawmaker can sue if he or she has suffered individual injury, Grewal said. In addition, Congress can sue as a body, as has happened in the past, such as with the lawsuit challenging President Barack Obama’s health-care overhaul.

But a case like this is problematic, he said.

“Because this is individual legislators who don’t have any individual injuries, it will be hard for them to get standing,” he said.

However, Norman Eisen, who served as a co-counsel in the other two emoluments-clause lawsuits, said he thought “the congressional plaintiffs in this case do have proper” standing to sue. He pointed out that in the lawsuit filed on behalf of Trump competitors, the Justice Department argued that Congress had special capacity to deal with questions related to emoluments.

The White House did not immediately respond to a request for comment Tuesday night, but on Monday, press secretary Sean Spicer dismissed the lawsuit filed by the two state attorneys general, saying it’s “not hard to conclude that partisan politics may be one of the motivations.”

The 37-page congressional complaint contends that the nation’s founders were concerned that foreign powers could interfere with American affairs. The suit says that the founders were particularly worried that “foreign states would give benefits and rewards to the nation’s chief executive to subvert his loyalty.”

As a result, they wrote the emoluments clause of the Constitution with language “both sweeping and unqualified,” the lawmakers’ lawsuit says.

The obscure clause in Article I of the Constitution says: “[N]o Person holding any Office of Profit or Trust under [the United States], shall, without the Consent of the Congress, accept of any present, Emolument, Office, or Title, of any kind whatever, from any King, Prince, or foreign State.” The language is interpreted as prohibiting any officeholder – including the president – from accepting a gift, payment or other benefit from a foreign state without the consent of Congress.

A memo prepared by the Senate plaintiff states that “these benefits include any compensation for services rendered in a private capacity such as when a foreign government throws a party at a hotel owned by a federal official.”

Although the emoluments clause has a complex history, the request by the lawmakers is rather simple. It asks the court to enjoin the president from “accepting any benefits from foreign states without first obtaining Congressional consent.”