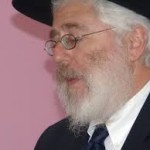 Congressman Nadler, thank you for explaining the reasons for your support of the current Iran deal. Reading and re-reading your rationale for support of this deal has not changed my thinking on this. It only explains why you feel it should be supported.

Perhaps you had occasion to hear your colleague Senator Menendez of NJ at Seton Hall. He gave a very compelling, dispassionate and cogent presentation as to why he is not supporting this deal in its present form and he also presented alternatives for obtaining a better deal for America and the free world.

In light of the above I will respectfully ask that you reconsider your vote of support and request of the Administration a real deal. A deal that is not one sided benefiting Iran only and one that will assure increased terrorism upon the people of the Middle East when Iran gets a hold of the many billions of dollars being freed up by the release of the sanctions.

As long as Iran calls for the obliteration of America and the destruction of Israel – no deal is possible or achievable.

Furthermore, as a Rabbi and loyal American (4th generation) I am very disappointed of your handing over the future of America’s safety and that of Israel’s immediate security into the hands of the current Administration that lacks credibility and success on most –if not all– matters affecting the Middle East.

While the African American and Latino members of Congress are proud to speak up for their constituent’s interests and concerns — you too as a Congressman representing a very large segment of Jewish voters should also be sensitive and respectful of your constituents concerns.

To declare that conscience is guiding your decision on this Iran deal despite all of its gaping flaws and dangers is disheartening and indicative of a convoluted logic.

Making peace with an enemy does not mean that you enable them to harm you or your friends.

In summation, in this so-called deal Iran gets everything and America gets a promise from a regime known to lie and cheat at every opportunity.

From a relationship perspective and from a business perspective it doesn’t add up to much of a deal at all. Congressman Nadler, America can and must do better.