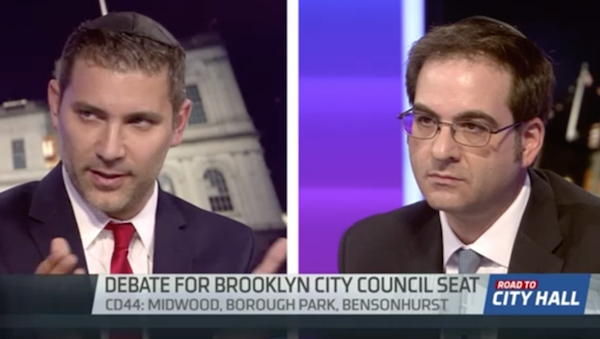 >>Follow Matzav On Whatsapp!<<
In Boro Park and Midwood, an election race that has increasingly turned personal comes to an end today when voters will elect a replacement for the retiring Councilman David Greenfield. Kalman Yeger, Yoni Hikind and Heshy Tischler are vying for the seat.
Yeger is banking on his experience and promises to stick by yeshivos against those seeking to undermine them. Hikind is touting his antiestablishment persona, along with a sense of public service he picked up form his father, Assemblyman Dov Hikind. Tischler is putting himself out as an outsider who knows what it takes to help people battle the bureaucracy.
{Kol Haolam}