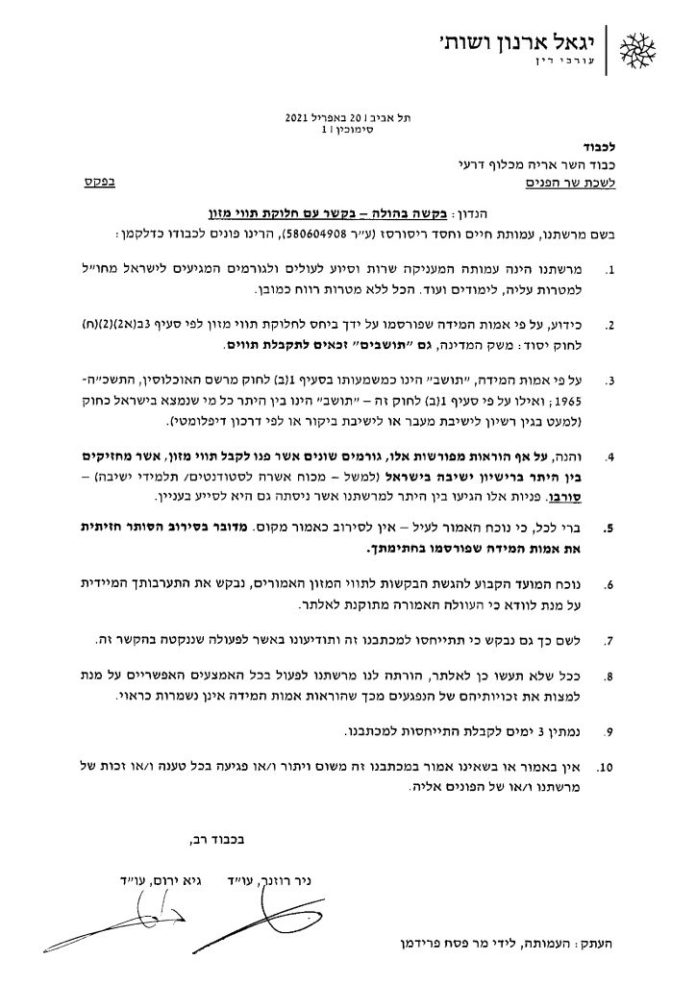 Several months ago, Interior Minister Aryeh Deri established a generous program in Israel to help underprivileged families during the Corona pandemic. Under Deri’s direction, the Israeli Interior Ministry launched an initiative to give families in need valuable coupons for food and other goods in supermarkets. Eligible families can receive as more than 7000 shekels in total assistance from this program. Eligibility is primarily for those who receive an arnona discount due to low income.

Immediately upon the announcement of this program, Chaim V’Chessed contacted officials to check the requirements for eligibility. At the time, Chaim V’Chessed staff were assured that non-citizen residents of Israel would be eligible, as well. For several months, the program was held up due to several legal challenges. However, just prior to Pesach, the legal issues were resolved and distribution of food cards to needy families began.

To our chagrin, non-citizen residents of Israel found themselves barred from receiving these coupons. Callers from cities across Israel have reported being turned down for the program because they are not Israeli citizens. After numerous attempts to bridge the gap with the Interior Ministry, Chaim V’Chessed engaged Yigal Arnon & Co., a top-flight legal firm, to investigate the rules of eligibility.

The prestigious firm discovered that, according to regulations, it is clear that toshavim (residents) ought to eligible for this sizable grant. When all efforts failed, the legal team, headed by attorneys Nir Rozner and Guy Yarom, sent a strongly worded missive to the Interior Ministry today demanding an immediate rectification of this situation. It is our hope that the Interior Ministry will resolve this matter in a fair and timely fashion.

If you are a non-citizen resident of Israel who should be eligible for this program, please click here to submit your details. All information will remain confidential.