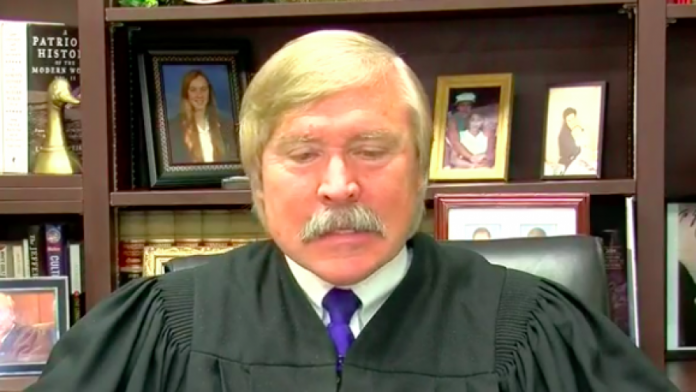 Commissioners in a Tennessee county voted unanimously on Monday evening in favor of censuring a judge for posting on his Facebook page a link to an article that states that Jews should “get (***) over the Holocaust,” in addition to posting anti-immigration content.

The Shelby County Commissioners voted 12-0 in favor of a resolution calling on the Tennessee Board of Judicial Conduct to censure Jim Lammey of the Shelby County Criminal Court, as the commission itself cannot censure the judge.

Numerous organizations, including Jewish ones such as the Anti-Defamation League, and the Memphis Jewish Federation and Jewish Foundation of Nashville & Middle Tennessee, have called for Lammey to be reprimanded.

A spokesperson for the state’s Board of Judicial Conduct told local NBC affiliate WMC5 that numerous complaints have been filed, and that there is an ongoing investigation.

In a letter, Lammey declined an invitation to the commissioner meeting, citing a “heavy trial docket.” He denied the “characterization of me by the local media and certain interest groups as being a Holocaust-denier, anti-immigrant and racist,” and that instead he “merely said it was ‘interesting.’ ”

“It sets the record straight against those who so maliciously mischaracterize me as an anti-Semite hater of all immigrants,” he wrote.

“The writer [David Cole] is Jewish and not a Holocaust-denier. The local newspaper’s initial dramatic heading, tying me to a Holocaust-denier, and accompanying article was all based on a falsehood,” said the judge. “This is character assassination at its best.”

A local newspaper, The Commercial Appeal, first reported on the judge’s initial actions.

A reporter from the outlet tweeted part of a memo from the Southeast branch of the Anti-Defamation League that states, “David Cole achieved notoriety as a ‘Jewish holocaust denier’ in the early to mid-1990s when he denied the existence of homicidal gas chambers at Auschwitz and promoted his beliefs with Holocaust deniers Bradley Smith, Mark Weber, and the Institute for Historical Review.”

“Although Cole is himself Jewish, he promotes anti-Jewish stereotypes in his writings, including most commonly the idea that Jews are promoting immigration of non-whites into the United States as a way of undermining American culture,” added ADL Southeast.