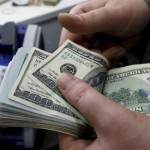 A 20-year-old student was awarded a $5,000 gift from his 2007 bar mitzvah that he said his mother never handed over, JTA reports.

Jordan Zeidman of Long Island, New York, sued his mother, Shirley, for the gift from his maternal grandmother, Rachel Steinfeld, known as Baba.

Shirley Zeidman also must add 9 percent interest for the last eight years and lawyer’s fees, a Nassau District Court judge ruled last week. The total will come to more than $10,000.

Jordan Zeidman and his mother have long had a “strained relationship,” his attorney, Steven Cohn, told Yahoo! Parenting. Shirley Zeidman and her husband, Andrew, divorced 10 years before the event; Jordan is the youngest of their three children. She had custody, but Jordan moved in with his father shortly before the bar mitzvah.

Shirley Zeidman and Steinfeld attended the bar mitzvah, though they were not invited, where Steinfeld told her grandson that she would give him $5,000, “just like I gave to your brother and sister.” Shirley Zeidman later gave her son a handwritten note on a bank statement, admitted as evidence, which read, “I owe Jordan $190.00 + $5,000 from Baba.”

Steinfeld testified that she neither gave $5,000 to Jordan Zeidman directly nor to his mother to hold for him, according to the New York Law Journal.

While the Zeidmans’ separation agreement requires both parents to provide money for Jordan’s college fund, the decision states that Shirley Zeidman has not done so, according to the Law Journal.