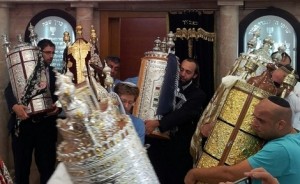 The Israeli Supreme Court this evening extended the demolition order of a West Bank shul compound by two weeks, as hundreds of protesters blockaded themselves inside the structure in the settlement of Givat Ze’ev on Wednesday to block its razing.

The demolition, originally scheduled for Thursday, was extended by the Supreme Court on Wednesday night by two weeks.

Police had requested a postponement amid fears of clashes. The court said the request was unjustified, but granted it anyway given “operational needs,” according to an official statement.

The protesters said they were prepared to fight the security forces and even plan to use weapons against officers to stop the demolition, according to the Walla news site.

“Until now we have been fighting with kid gloves, but when everyone is against us we won’t stop at anything. If there is no choice, we will even use violence,” said David Harush. 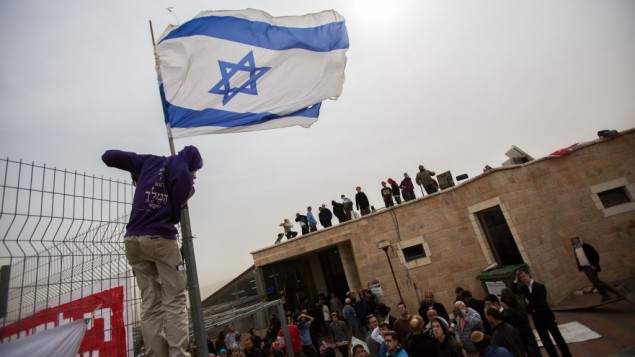 “We have gas canisters, masks, and anything we need to stop the destruction,” another protester said.

Fearing a violent response from the protesters, particularly in light of the ongoing security situation, police have asked the Supreme Court to postpone the demolition. The court on Wednesday evening ruled that the structure must be demolished no later than November 17.

In 2014, following a seven-year legal battle, the court ruled that the shul was built on privately owned Palestinian land and must be demolished.

The petition against the shul was originally brought by the non-government group Yesh Din, which claimed the documents relating to the purchase of the property were forged.

Last week the Supreme Court rejected a last-ditch appeal to save the shul, ordering its demolition by Thursday.