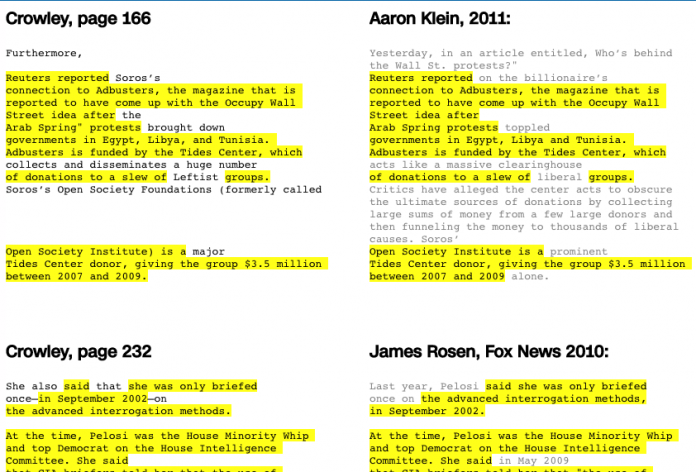 Monica Crowley on Tuesday evening made her first cable-TV news appearance since withdrawing her name from consideration for a Trump White House role after it was revealed that she had plagiarized. Crowley told Sean Hannity that she was a victim of “a despicable straight-up political hit job.”

She said that the plagiarism allegations had “been debunked” and added that her downfall was part of some liberal conspiracy to undermine the presidency: “[T]he attack on me was a test. What happened to me, what happened to General Flynn, what’s happened to Attorney General Sessions and others is all of a piece. There is a very dangerous and very effective destabilization campaign underway against this president, his administration, and his agenda.” Read more at MEDIA MATTERS.