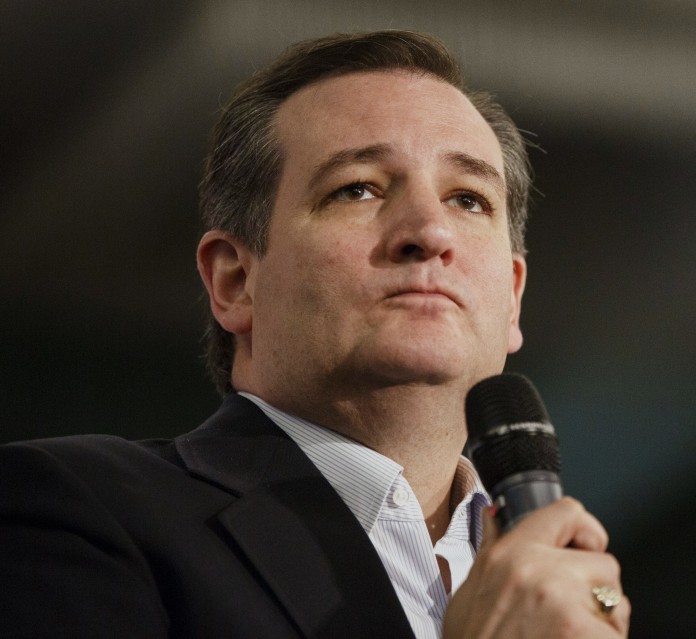 A day after Sen. Elizabeth Warren, D-Mass., was rebuked while making a speech critical of Sen. Jeff Sessions, R-Ala., Sen. Ted Cruz blasted Democrats, saying their party is the one rooted in racism.

“The Democrats are the party of the Ku Klux Klan,” Cruz, R-Tex., said in an interview on Fox News on Wednesday. “You look at the most racist – you look at the Dixiecrats, they were Democrats who imposed segregation, imposed Jim Crow laws, who founded the Klan. The Klan was founded by a great many Democrats.”

Cruz isn’t the first Republican to associate Democrats with the Ku Klux Klan.

In 2013, Virginia state Sen. Stephen Martin said that the Democratic Party created the hate group. Martin later released a statement saying he “regretted the carelessness and inaccuracy of his comments,” according to PolitiFact.

Although there is some historical link between Democrats and the KKK, to say that the hate group was founded by the Democratic Party is misleading, J. Michael Martinez, author of “Carpetbaggers, Cavalry and the KKK,” told PolitiFact. Angry Southern whites during the 1860s and 1870s were Democrats, and some of them joined the KKK, which was more of a grass-roots creation.

Members of the KKK in the South acted as a “strong arm” for Democratic politicians during the Reconstruction Era, and Confederate Gen. Nathan Bedford Forrest, who was associated with the KKK, spoke at the 1868 Democratic National Convention, Carole Emberton, an associate professor of history at the University of Buffalo, told PolitiFact.

Last year, David Neiwert, a contributing writer for the group, wrote that describing the KKK as a “leftist” organization is false.

The Dixiecrats Cruz referred to was a splinter group of conservative white Southern Democrats who opposed the national party’s growing intervention in race relations. They even ran a rival campaign in the 1948 presidential election, pitting then-South Carolina Gov. Strom Thurmond against the Democratic incumbent, President Harry S. Truman.

The rest of Cruz’s comments on Fox News focused on defending Sessions, whom he called an “honorable, decent person” and who has faced repeated accusations of racism.

“The charges that she was making of Jeff Sessions are demonstrably false. They’re slanderous, they’re ugly,” Cruz said of Warren.

Cruz was referring to Warren’s decision to read statements that figures such as the late Senator Edward Kennedy, D-Mass., and the late Coretta Scott King had made in the past against Sessions. The Democrat from Massachusetts was reading a letter written by the wife of slain civil rights leader Martin Luther King Jr. when, in an extraordinarily rare move, Senate Majority Leader Mitch McConnell, R-Ky., interrupted her, saying she’d violated Senate rules.

The specific rule in question, Rule 19, says senators are not allowed to “directly or indirectly, by any form of words impute to another Senator or to other Senators any conduct or motive unworthy or unbecoming of a Senator.” In a 49-to-43 vote, the Senate upheld the ruling that Warren violated the rarely invoked rule.

The statements from Kennedy and Coretta Scott King were both in opposition to Sessions’s nomination for the federal judgeship in 1986. At that time, Kennedy was a senior member of the Judiciary Committee.

During the debate Tuesday night, Warren read Kennedy’s statement that called Sessions “a disgrace to the Justice Department.”

Warren had just started reading the letter from Coretta Scott King when she was interrupted.

“Mr. Sessions has used the awesome powers of his office in a shabby attempt to intimidate and frighten elderly black voters. For this reprehensible conduct, he should not be rewarded with a federal judgeship,” Coretta Scott King wrote, referring to controversial prosecutions when Sessions was the U.S. attorney for Alabama.

Cruz said what happened Tuesday night demonstrates the Democratic Party’s desperation and anger. He added that the Democrats are not angry at Republicans; they’re mad at the voters because of the outcome of the election.

“When the left doesn’t have any more arguments, they go and just accuse everyone of being a racist,” Cruz said, “and it’s an ugly, ugly part of the modern Democratic Party.”

Democrats have since rallied behind Warren. Some began using #LetLizSpeak on Twitter and posted copies of King’s letter to Facebook. Others criticized McConnell, saying he selectively enforced the more-than-200-year-old rule and pointed out other instances in which it could’ve been used, but wasn’t.

In 2015, for instance, Cruz accused McConnell of lying during a debate over whether to fund the Export-Import Bank, a little-known government agency that helps fund risky investments abroad. Cruz was not found to be in violation of Rule 19 then. Politico congressional reporter Burgess Everett reported that McConnell convinced his colleagues to stand down.

The final vote for Sessions is scheduled for Wednesday evening, a day after the Senate narrowly confirmed Betsy DeVos as education secretary.