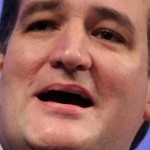 Ted Cruz accused President Obama of launching an economic boycott against Israel, stoking already high tension regarding the Middle East. On Tuesday, the FAA banned flights to Israel after a rocket landed near Tel Aviv’s Ben Gurion International Airport. The FAA extended the ban on Wednesday by another 24 hours.

In response, Cruz said “President Obama has just used a federal regulatory agency to launch an economic boycott on Israel, in order to try to force our ally to comply with his foreign-policy demands.” He suggested the president was isolating Israel. “If the FAA’s decision was based on airline safety, why was Israel singled out, when flights are still permitted into Afghanistan, Pakistan, and Yemen?”

The FAA said it is “working closely with the Government of Israel to review the significant new information they have provided and determine whether potential risks to U.S. civil aviation are mitigated so the agency can resolve concerns as quickly as possible.” The State Deparment said Cruz’s statement was “ridiculous and offensive.” Read more at Roll Call.