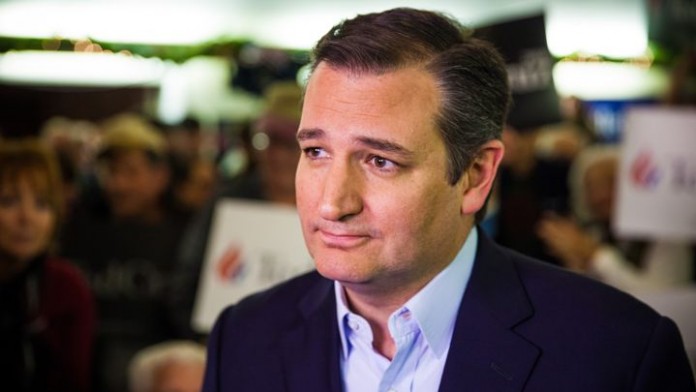 It wasn’t exactly a victory speech, because he hadn’t won any states on Tuesday night — Missouri was still too close to call. But there was no hint of any defeat. On a night yet another rival suspended his run, Ted Cruz urged Republicans to back him because, he said, he is the last chance to stop Donald Trump from getting the Republican nomination.

“Starting tomorrow morning, every Republican has a clear choice. Only two campaigns have a plausible path to win the nomination. Ours and Donald Trump. Nobody else has any mathematical possibility whatsoever,” Cruz said in a hotel ballroom here.

Cruz pointed to Trump and implored Marco Rubio’s supporters to join him, but never mentioned Ohio Gov. John Kasich, who won his home state and the delegates that go along with it.

“Tonight was a good night. Tonight we continued to gain delegates and continue our march to 1,237,” Cruz said, referring to the number of delegates a candidate needs to secure the nomination.

It may have been good. But it really wasn’t that great for a candidate who had made five campaign stops in Illinois Monday, only to lose the state handily to Trump. Cruz also lost North Carolina to the businessman, though he netted a number of delegates. Cruz is still waiting on results in Missouri, the home state of his campaign manager, where is he in a tight race with Trump. Cruz blitzed across that state Saturday.

“After tonight, America now has a clear choice going forward,” he said.

The first step: asking Rubio’s supporters to back his campaign. Cruz praised his Senate colleague and friend, who is also the son of Cuban immigrants.

“Marco’s story, his passion, inspires me. Marco can paint a picture, can weave a tapestry of the promise of America like no one else. And his presidential campaign inspired millions,” Cruz said. “To those who supported Marco, who worked so hard, we welcome you with open arms.”

Cruz continued to hammer at Trump, still looking to consolidate conservatives who don’t want the mogul in the White House.