New York Gov. Andrew Cuomo is proposing spending up to $400 million to buy and demolish homes destroyed by Superstorm Sandy and permanently preserve the land as undeveloped coastline.

Cuomo presented his plan to federal officials in Washington on Friday. The purchase plan would require federal approval since it would be paid for using a portion of the $51 billion disaster relief package approved by Congress last week.

Federal officials appeared receptive to the idea, according to the New York Times.

Cuomo said he hoped to announce details about the program in the next two weeks.

A spokesman for a storm task force created by President Barack Obama in December said it’s too soon to say whether New York will be allowed to proceed. 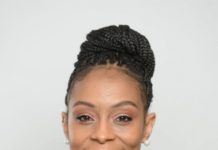