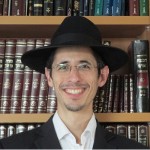 Yevamos 94 – Shards or Pearls, The Effort of Life

The Mishna discussed a case where a woman’s husband went abroad and was later reported dead. She received Kiddushin from another man, and then the first husband returned. She is allowed to go back to him and the Kiddushin of the second man is immaterial, even to the extent that if the latter gave her a get it does not make her a grusha. If her husband dies, she can marry a Kohein. Rabi Elazar says this what we learn from the pasuk, “And a woman who is divorced from her husband”; meaning, only a divorce from a husband makes her a divorcee, but not a divorce from someone who is not her husband.

In today’s daf, Rav Yehudah said in the name of Rav, “Rabi Elazar should have darshened a pearl and instead he darshened a shard of clay. As we see in the Braisah (the pearl) that says, ‘And a woman who is divorced from her husband’ – Even if she was only divorced from her husband she is disqualified from marrying a Kohein.’ And this the “scent of a get” that disqualifies a woman from marrying a Kohein.

Rashi explains that the derasha of the Braisah is referring to a scenario wherein a husband gave his wife a get that says, “You are hereby divorced from me but you are not permitted to remarry anyone else.” Even though this get only separates her from her husband without permitting her to anyone else, and is thus in fact an invalid get, it nevertheless confers upon her the status of a divorcee that disqualifies her from ever being able to marry a Kohein. Therefore, even were her husband to subsequently die before rewriting her a valid get, she is not allowed to marry a Kohein.

Rav considered this latter derasha to be a very worthy derasha, one deserving of the appellation margenisah, a pearl; whereas he felt that Rabi Elazar’s derasha was not nearly as meaningful, and was like a shard of clay.

This form of expression, referring to an enlightening idea as a pearl and that which is less so as a shard of clay, is intriguing. What did Chazal mean by this? Tosafos in Bava Metziah (17b), where this expression also comes up, is bothered by a different question. Since when are pearls to be found underneath shards of clay? Rabbeinu Tam answers this question. On the ocean floor there are rock-like objects that look like shards of clay, and underneath those rocks one can find pearls. This is similar, concludes Rabbeinu Tam, to the Gemara (Bava Kamma 91a) that says, “You swam in the mighty waters, but you came up with a shard of clay.”

Chazal are comparing the work of studying Torah and clarifying one’s learning to the work of the sea divers who search for pearls amongst the shards of clay. What we see from this is that in addition to strength, stamina, and bravery; one also needs a good deal of forbearance, patience, and persistence. It is not an easy job to look through all the shards on the sea floor for the occasional, or perhaps even less than occasional pearl that one may find here and there.

This is probably a lot like the work of an archeologist. He has to sift through endless amounts of sand and earth. Usually, he gains nothing from his work. He can spend a whole day – or even days, weeks, months, and sometimes years – coming up with nothing of any real value. A shard here, half a plate there; perhaps sometimes a broken jug or two. On top of this, his working conditions aren’t enviable. Often in the hot, dry desert; with a lot of sandy air to breathe. It’s no picnic.

What happens, though, when – on that rare occasion – he finds something big? He feels like the happiest man in the world! Those rare, infrequent discoveries make it all worth it. All of those endless days, weeks, months, and even years of seemingly endless and fruitless sifting and searching through sand and dirt in difficult conditions are what brought him to his current treasure!

That is what Chazal meant by using this expression of pearls and shards.

Sometimes a person can feel like he is not getting anywhere. As though he just keeps coming up with shards. It is crucial to realize, though, that it is precisely that effort and ongoing process that ultimately brings him to his acquisition of treasures of Torah. As Chazal say, “If someone tells you I worked hard and I found, believe him.” Dovid Ha’Melech says, “I rejoice over Your words as one who has found a great treasure.” Because that is what it is like: treasure hunting.

And it is not only in learning Torah that this is true. Life in general can often feel this way. We have a goal, a project, an objective towards which we are working; and a lot of time it can feel like we’re coming up with clay shards. A person may sometimes wonder, “What is the point if most of the time I am just coming up with shards?” When we realize, though, that it is precisely that sifting and searching through the clay shards that ultimately leads us to our success, it becomes much more bearable and doable.

This is particularly so in the context of living a Torah life. Not only in the study of Torah specifically, but in every part of living a Torah life. As the Rambam says, one who takes care of his physical and material needs in order to facilitate that he and his family should be able to learn Torah and keep mitzvos, all those physical endeavors, as well, are full-fledged avodas Hashem. The life of a frum, Jewish family completely revolves around learning Torah and doing mitzvos. A father, for example, who works hard and is putting his kids through frum schools, his whole work revolves around that Jewish content of chinuch and Torah. A mother who shops and cooks, is providing the energy to a family comprised of people who learn Torah and do mitzvos. It is a Torah life!

And in the context of a Torah life, the “searching amongst the shards” is of much greater import than it is for the sea diver and the archeologist.

The Nefesh Ha’Chaim writes that the few moments of learning Torah purely lishmah that inevitably occur from time to time sanctify all the countless other hours of learning Torah not-lishmah. Why? Because it is the constant, ongoing endeavor that inevitably leads to the points of lishmah. So too, can we expand this concept to a Torah life in general. The occasional points of discovering and acquiring those pearls of success infuse all the time and effort that was put forth there-towards with the value, purpose, and meaning of the pearls to which it led. So, although it is sometimes not so easy, it is more than worth it to keep up the effort, to keep plugging away and plodding along; because, ultimately all that shard-sifting will eventually turn up some fantastic pearls, and that turns the shards themselves into pearls of inestimable value.

Rabbi Yehoshua Berman serves as the Rosh Kollel of Kollel Reshet HaDaf in Ramat Beit Shemesh, Israel.  In addition to having authored Reflections on the Parsha, Rabbi Berman regularly delivers shiurim on Halacha and Hashkafa, writes comprehensive chazara questions (in Hebrew) for the advanced Daf Yomi learner, and weekly words of inspiration from the Parsha.  Rabbi Berman can be contacted at rbsa613@gmail.com.