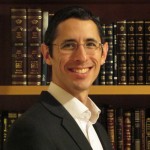 The Mishna enumerates those matters about which we can rely on the testimony of an adult who is telling us what he remembers from his childhood. For example, if there is a shtar upon which his father signed, we can accept his testimony as the second witness to authenticate the signature, even if his father died when he was yet a child. The general rule, as the Gemara says, is that those things that only require testimony m’drabanan, the Chachamim allowed relying on such a testimony. Heim amru v’heim amru.

Tosafos brings our attention to the fact that it is clear from the Mishna that we cannot accept such testimony, even concerning matters that are purely d’rabanan, when the one testifying based on his childhood memory is still a child. It is only once he’s grown that we can accept what he is telling us that he remembers from when he was young.

The problem with this, points out Tosafos, is that the Gemara in Pesachim says that we believe a katan who says that he performed bedikas chametz since, m’doraysoh doing bitul suffices, and bedikas chametz is only m’drabanan. The answer that Tosafos gives is that there is a difference between something which is b’yado of the child and other things that are not. B’yado means that it is, to an extent, under his control. Bedikas chametz is something a katan can readily do. After all, he lives there and he’s got two hands and feet! Finding a candle is probably not too difficult for him either. So that is why the Chachamim were even more meikil regarding bedikas chametz; because it is b’yado of the katan.

The unmistakable conclusion from this halacha is that the more something is entrusted to a child, the more responsible we can expect him to be in that regard.

Although this sugyah is not talking about a three or four year old (at least, not in general), this concept can have helpful, practical ramifications even for that age group. Say, for example, that you’re dealing with a classic case of the older sibling being enormously jealous of the new baby. Although not a fix-all in every situation, the advice chinuch experts will often give is to find a way to include the older sibling as much as possible into the care of the new baby.

No, you are definitely not going to let your three your old daughter hold the baby without assistance, “burp” the baby, or change the baby’s diaper. But, something you can do is ask that older sibling to bring you a diaper when needed. As a matter of fact, you can even make this very important task into that sibling’s official job (assuming said sibling is awake and nearby, of course). The idea is that the more you make the child feel that caring for his or her younger sibling is b’yado, his concern and jurisdiction, to that extent does the child in fact feel more responsible therefor. And that, of course, goes a long way to mitigating unhealthy feelings of jealousy since it’s no longer “the” baby but “my” baby.

And the older a child gets, the more you are able to apply this principle to the benefit of all involved. Someone recently told me the following. “As of late, our ten year old son is becoming more and more involved in the goings-on in the kitchen, particularly when it comes to making his lunch for school. On the one hand, this is fantastic because it shows that he is maturing, in addition to relieving us from a not-unsubstantial amount of work. However, I noticed that he seems to be mixing up milchig and fleishig containers fairly frequently.”

So what perhaps is the best way to deal with this? Not to push back and create stronger restrictions regarding what the child may do in the kitchen. That will only make him feel mistrusted and belittled, and most probably will cause him to act with even more severe carelessness.

Instead, make it even more b’yado so that he will feel and act more responsibly in this regard.

The way this can play itself out is if the child would be told as follows. “You know, I’ve noticed lately that sometimes the milchig and fleishig containers get mixed up. I realized, though, that if each set of containers would be more clearly marked, this mistake probably would happen much less, or maybe not at all. So, I would like to give you a very important job, if you feel that you are old enough to take it on. I bought these very strong permanent markers, one blue and one red, to mark each milchig container with a blue “Milchig”, and each fleishig container with a red “Fleishig”. Personally, I think that you are big enough to do this (and be careful to not stain your clothes in the process), but I don’t want to force it on you if you don’t feel that you are old enough for it yet. So, what do you say?”

Rabbi Yehoshua Berman serves as the Rosh Kollel of Kollel Reshet HaDaf in Ramat Beit Shemesh, Israel. In addition to having authored Reflections on the Parsha, Rabbi Berman regularly delivers shiurim on Halacha and Hashkafa, writes comprehensive chazara questions (in Hebrew) for the advanced Daf Yomi learner, and weekly words of inspiration from the Parsha. Rabbi Berman can be contacted at rbsa613@gmail.com.