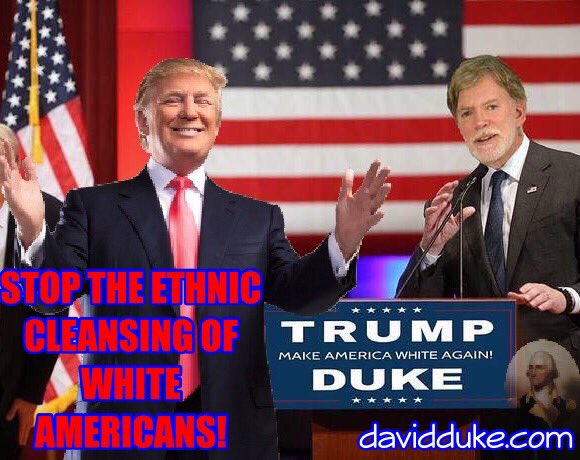 David Duke, former Grand Wizard of the Ku Klux Klan who has implored people to vote for Donald Trump, said in a tweet Thursday that the presumptive Republican nominee reminded him of America’s first president, Gideon Resnick reports for The Daily Beast.

“George Washington, the father of our country was just like Trump: a non-interventionist,” Duke posted on Twitter after sharing a picture of himself standing next to Trump with Washington super-imposed in the bottom right corner.

“What’s amazing is that Trump is the ONLY candidate defending the people whose forefathers created America! ABOUT TIME!” Duke exclaimed moments after Trump met with Speaker of the House Paul Ryan.