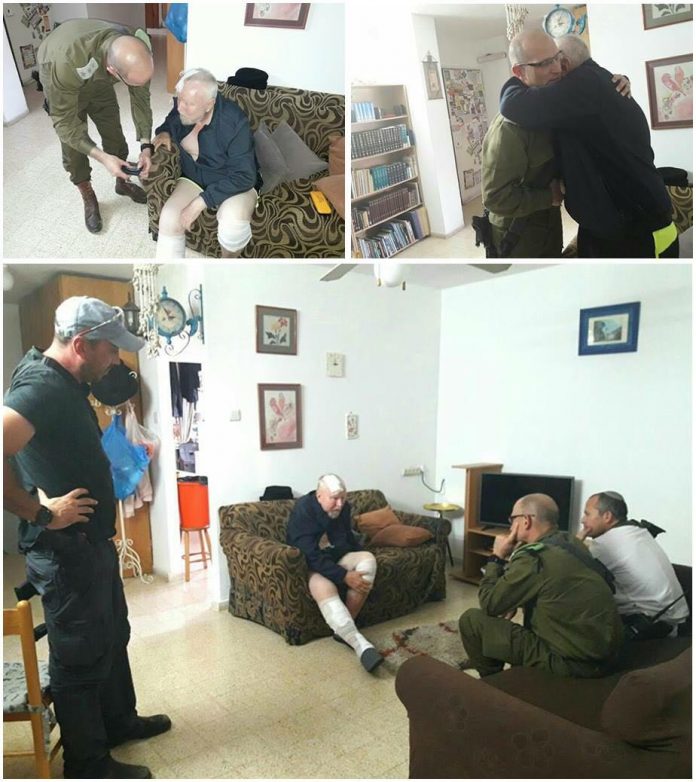 Colonel Sharon Ashman, commander of the Etzion Brigade has given a medal for heroism to 70-year-old David Ramati, who was wounded last Friday in the terror attack at the Efrat South Junction.

Ramati described his actions during the attack, telling reporters he looked at the terrorist and told him “You are not killing me,” and was able to defend himself until soldiers neutralized the attacker.